For a special kinda birthday — as in, this was my daughters birthday cake a couple weeks ago. With chocolate covered strawberries and raspberries — a hint of orange — and a special kinda Hot Fudge Sauce. 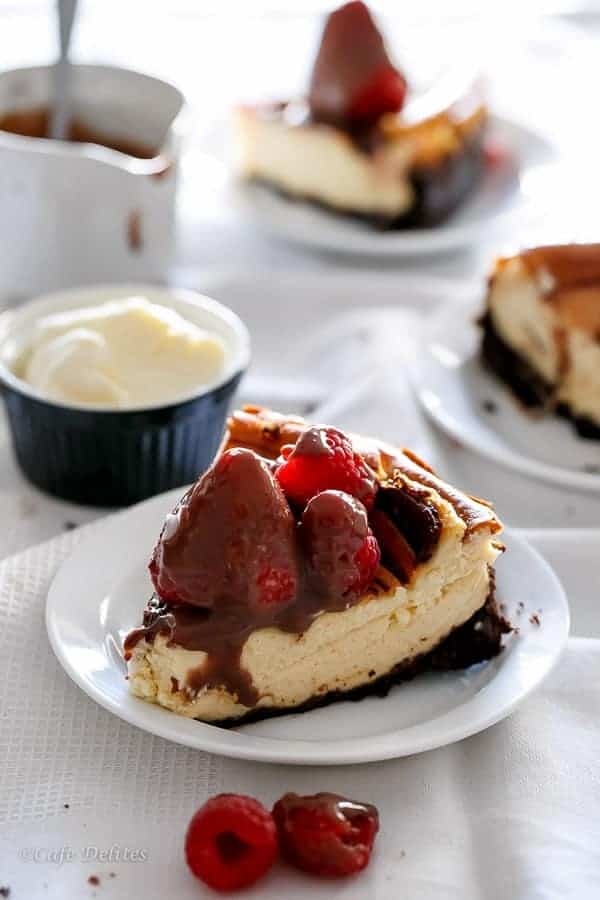 Don’t kill me…I know I said a couple weeks ago…which means it’s been sitting in my Drafts folder that long. Waiting. Just waiting for this moment. Why? I dunno. Too many recipes are sitting over here in the background. But then again…perfect timing because Valentine’s Day is coming and strawberries, Oreos and Nutella would make in woman fall to her knees. Especially anything drizzled with a Nutella Hot Fudge sauce.

A chocolate lovers heaven…right here. I think I can safely say…out of all my cheesecake recipe (find them here), this one take the cake. 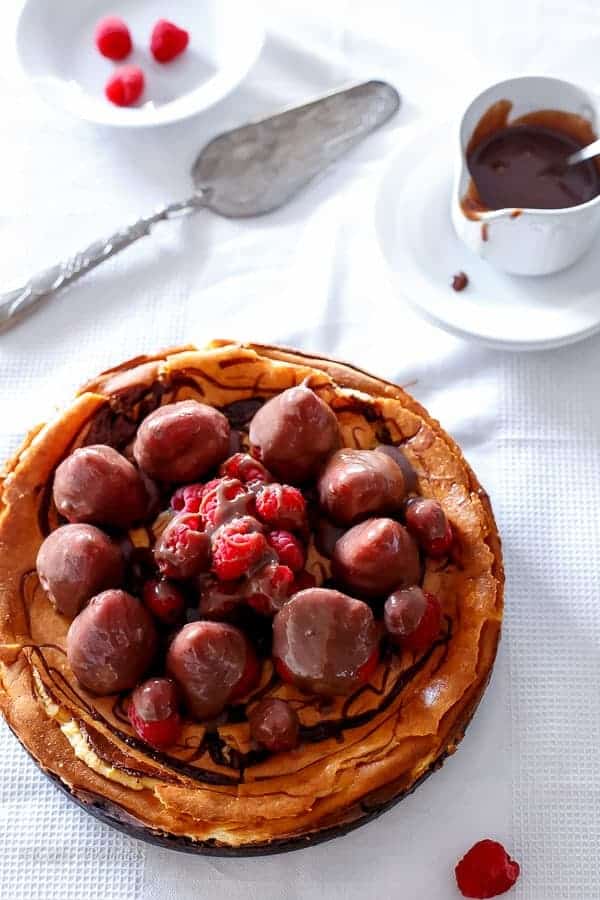 Ladies…show your man this recipe. Like, accidentally shove the screen in his face.

But cutting into this? Well. That swirl had me weak at the knees. I had to be airlifted to the chair. Nearly. Well, obviously not, because the photos didn’t take themselves…but close.

I love my mums rustic ways. She covered those strawberries in milky chocolate like a pro. 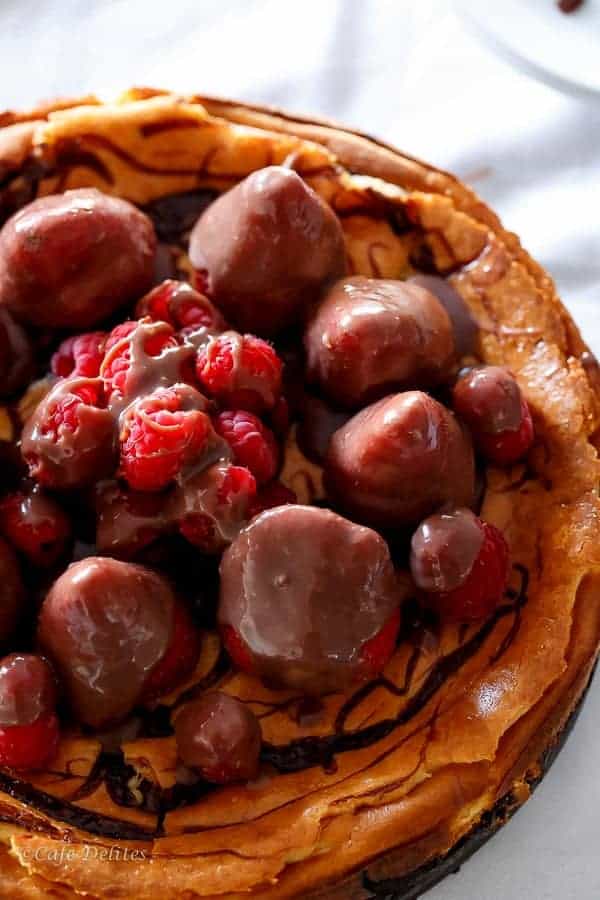 And then….came the Nutella Sauce. I wanted Nutella Ganache….but then changed my mind  it was in the pan, because a Nutella Hot Fudge Sauce? Oh good god. 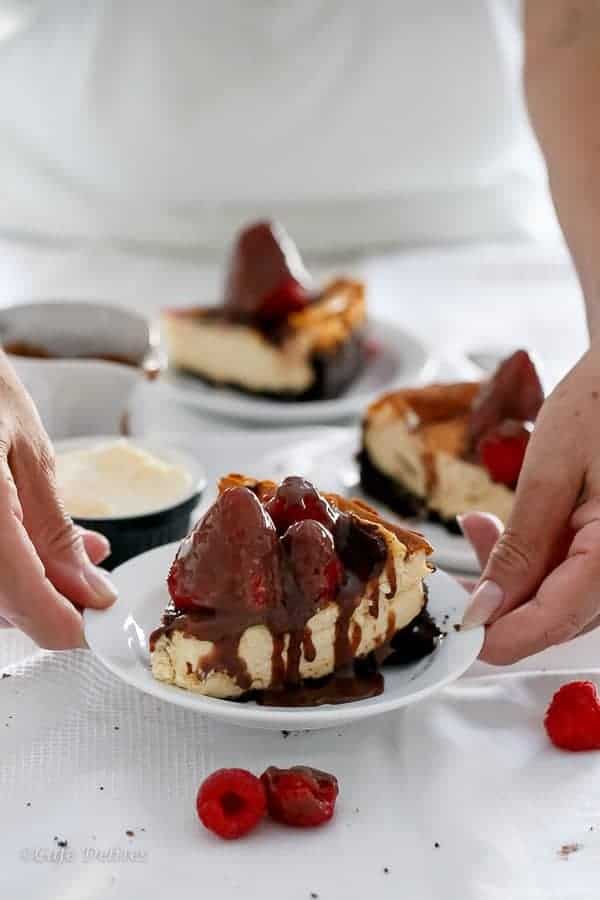 I love my daughter, if not, even more. Because when asking what cake she wanted us to make….she came out with the Easy Chocolate Swirl Cheesecake I made a few months back.

Only I kinda dropped the hint that Nutella would be even cooler. Like, better than just plain chocolate. And then….like, I maybe kinda said that an Oreo base would be necessary. Accidentally. On purpose. And then….that sauce. 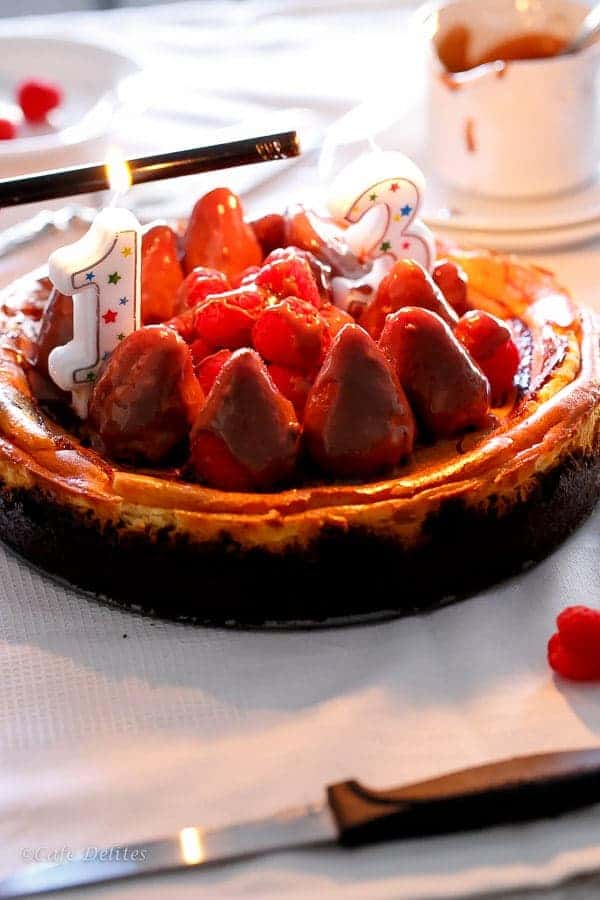 I think, if you didn’t already guess it….the longest part for all of us was waiting for this moment. Emotional,. because my daughter is now a teen…and frustrating because HELLO cheesecake dripping with Nutella waiting to be eaten.

Weight Watchers: 6pp (including the Nutella to Fudge Sauce and Chocolate Covered Berries)
PRINT SAVE go to your favorites
Serves: 16

For the Hot Fudge Sauce: 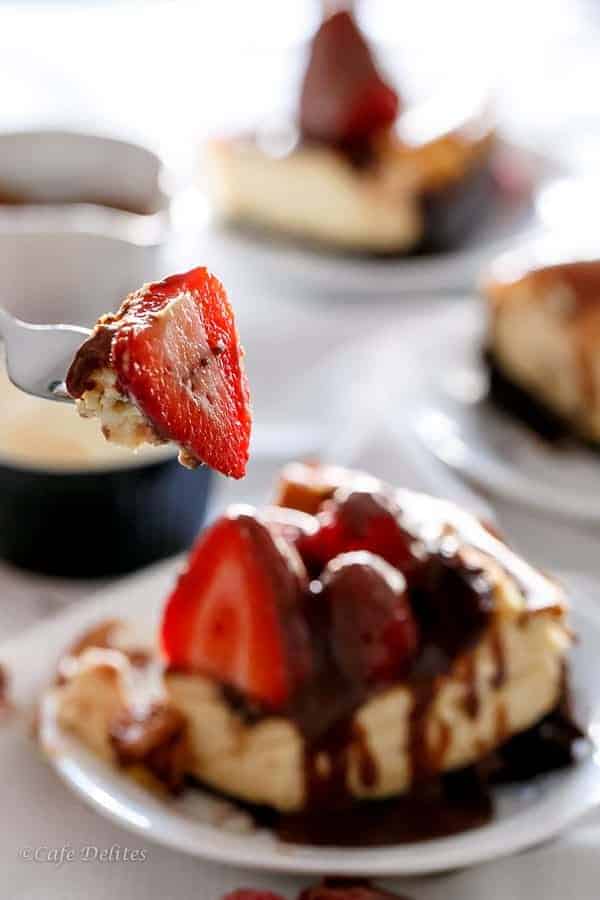