Three cheers to cinnamon sugar donut flavoured fluffy and cake-y pancakes; because they’re filled with melty Nutella and coated with extra cinnamon sugar to quench all donut cravings — for less the fat. And extra flavour. Because Nutella. 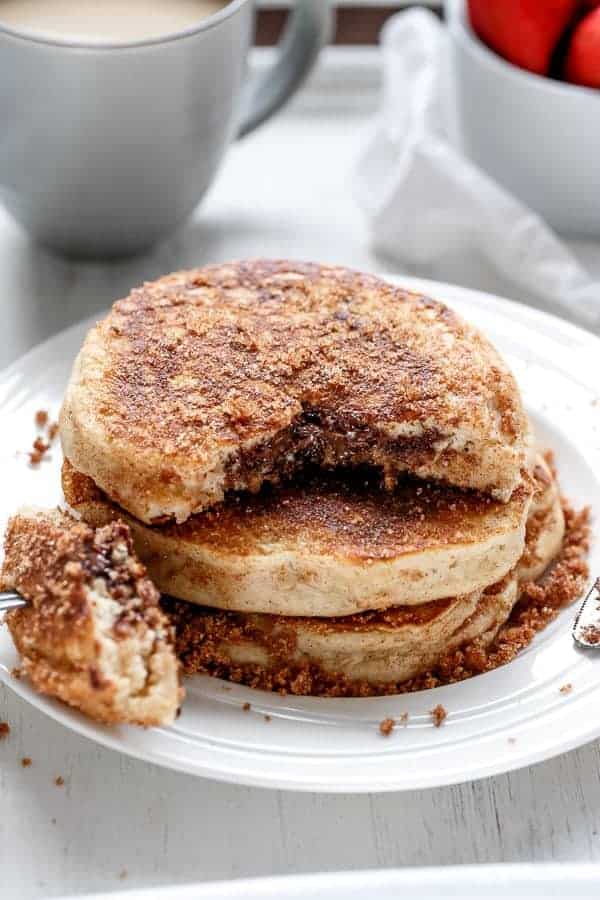 These pancakes are crazy. Every bite is so fluffy and full of buttery and cinnamon flavours, and then you reach the utopia of warm and oozing melted Nutella, and for a second, you find yourself eyes closed being transported to a chocolate hazelnut haven. So creamy, your mouth waters and earns for more. I’m not making this stuff up. I promise. 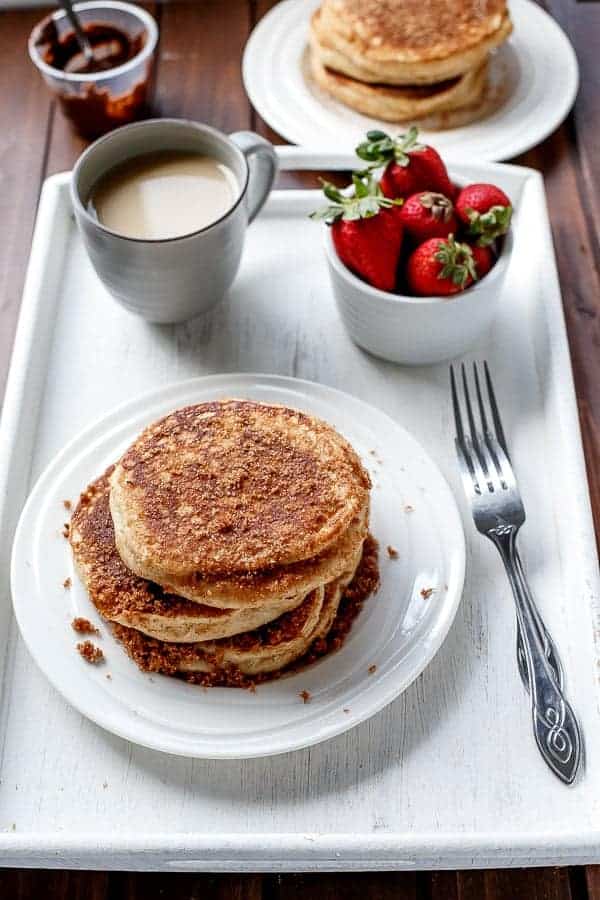 This is what a donut craving looks like. A Krispy Kreme donut fetish I have and can’t shake off without polishing a dozen donuts in one hit. Yes, I’m totally serious. And then crossing that with Nutella? Oh lord. Because you guys remember the Nutella fetish I’m lately, right?

Nutella Hot Chocolate; Nutella Fruit French Toast Cannoli, Peanut Butter Nutella Hot Chocolate, Nutella S’mores Crepes, geez I could go on and on. Basically → Nutella. But you know the one that has stuck in my mind lately the way Nutella sticks to everything?

The Nutella Stuffed Churro French Toast from oh.so.long.ago.I.needed.another.donut.type.thing. So I figured, I had some time to kill… No where to go… No one to see…. And children to feed… Experimentation began. 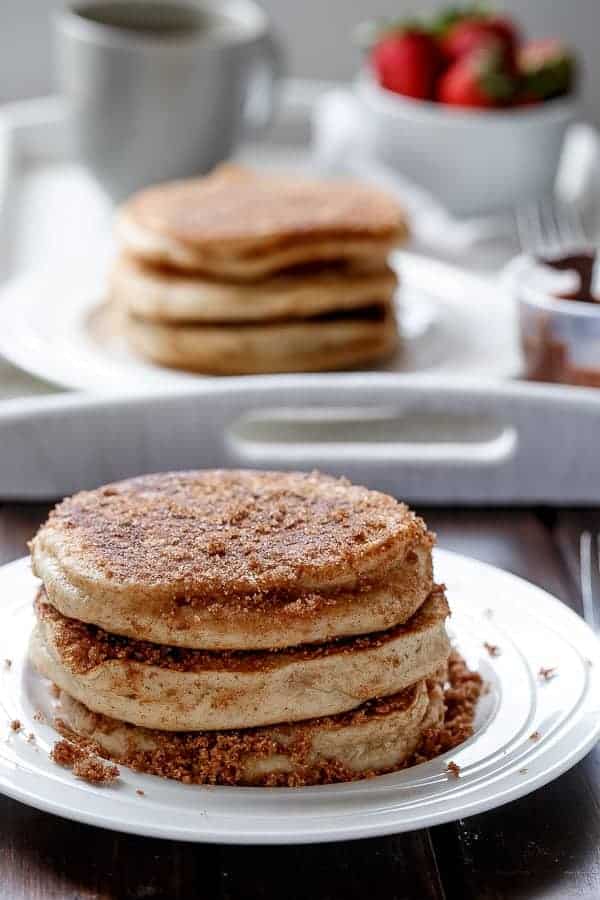 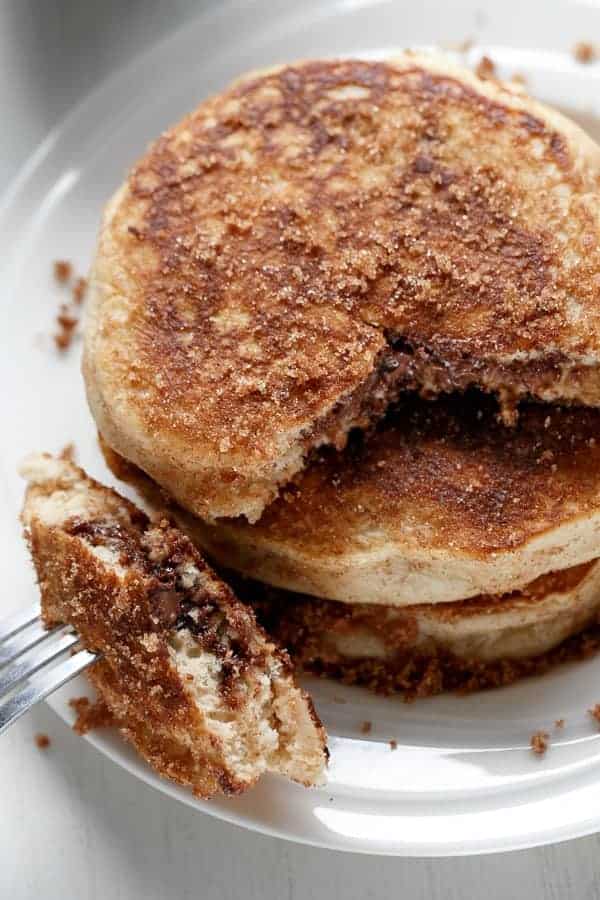 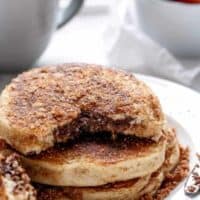 Cinnamon sugar donut flavoured fluffy and cake-y pancakes, filled with melted Nutella and coated with extra cinnamon sugar to quench all donut cravings -- for less the fat content and extra flavour. Because Nutella. Weight Watchers: only 3pp per pancake!
PRINT SAVE go to your favorites
Serves: 8 pancakes