Our Chicken Corn Chowder has so much flavour they’ll be going back for seconds or thirds. Now this is a family favourite! The recipe includes methods for a Slow Cooker or Instant Pot and is now on VIDEO! 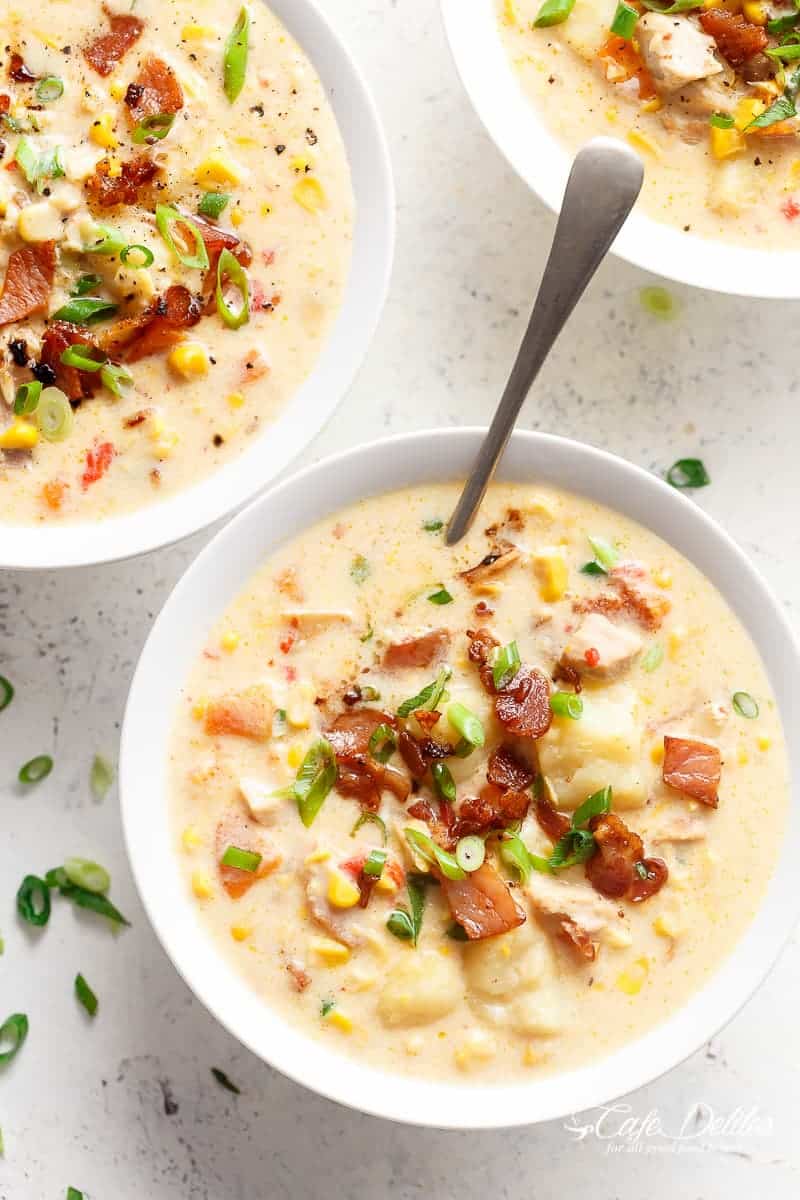 What sets this chowder apart from most is the addition of potatoes, which is what gives this soup the thickness and creaminess without needing heavy cream. Of course, you CAN add cream if you want too, for an extra and even bigger creamy flavour, BUT it’s not needed.

Taking full advantage of the abundance of fresh corn available where we both live, this THICK and CREAMY Chicken Corn Chowder can be made with fresh corn, frozen or canned corn.

WHAT IS CORN CHOWDER?

Corn Chowder is a thick and creamy bowl of soup with textured or chunky ingredients throughout. Another added element in our corn chowder recipe is creamed corn, which I have found over the years lends an even better flavour to this chowder. 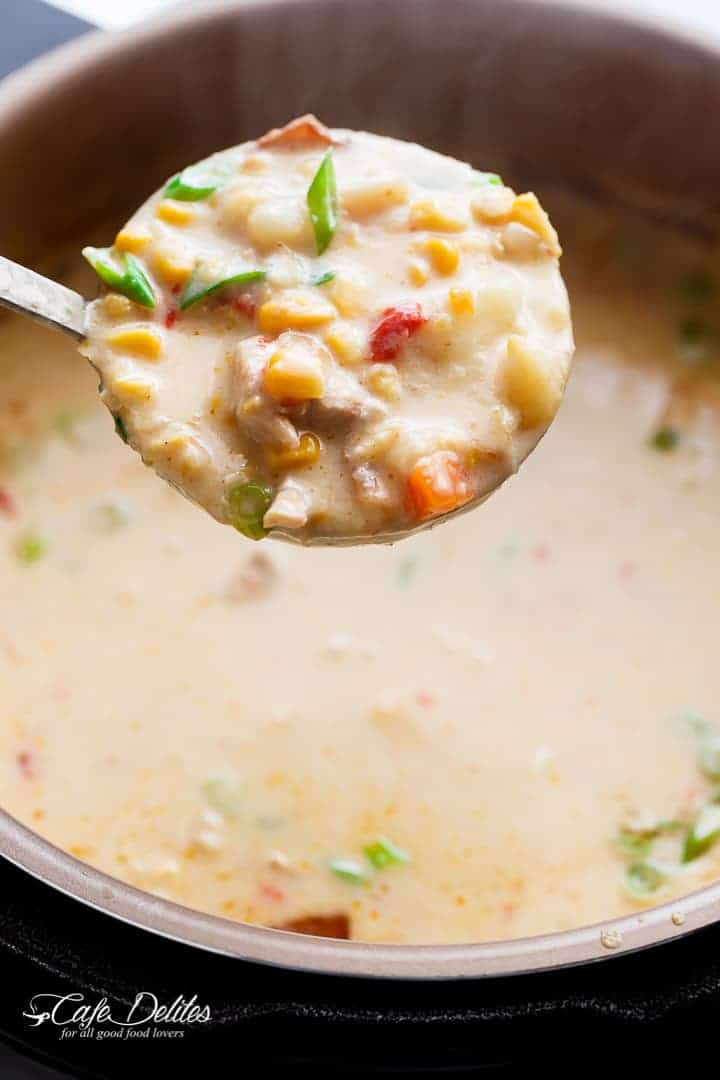 HOW TO MAKE CHICKEN CORN CHOWDER

Whether using a slow cooker or instant pot, first you will sauté your chicken to get it crisp and golden. If using a slow cooker, do this in a separate pan (if your cooker doesn’t have a ‘sear’ function). For IP’s, sear in the pot before setting it to pressure cook. One pot to wash. No pans or skillets! After that, throw most of the ingredients in to continue cooking until the potatoes are fork-tender.

As soon as your Chicken Corn Chowder is ready, fry some bacon until it’s crispy like that ↓ 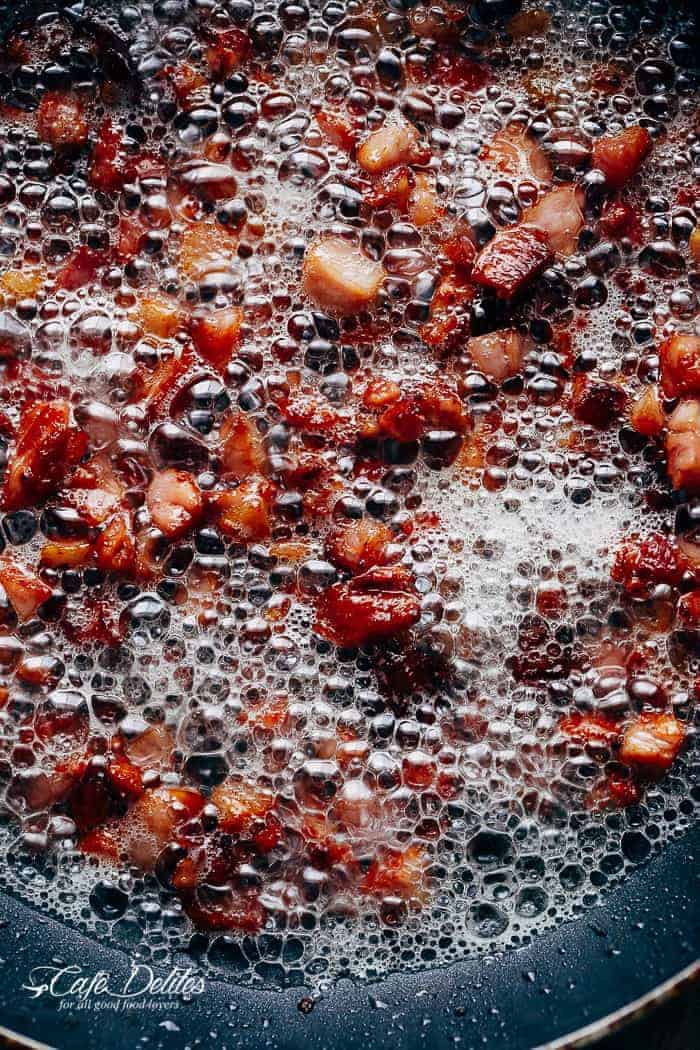 Sprinkle it over the top with chives and extra fresh corn. And dinner, thanks to your Slow Cooker or Instant Pot, is served. 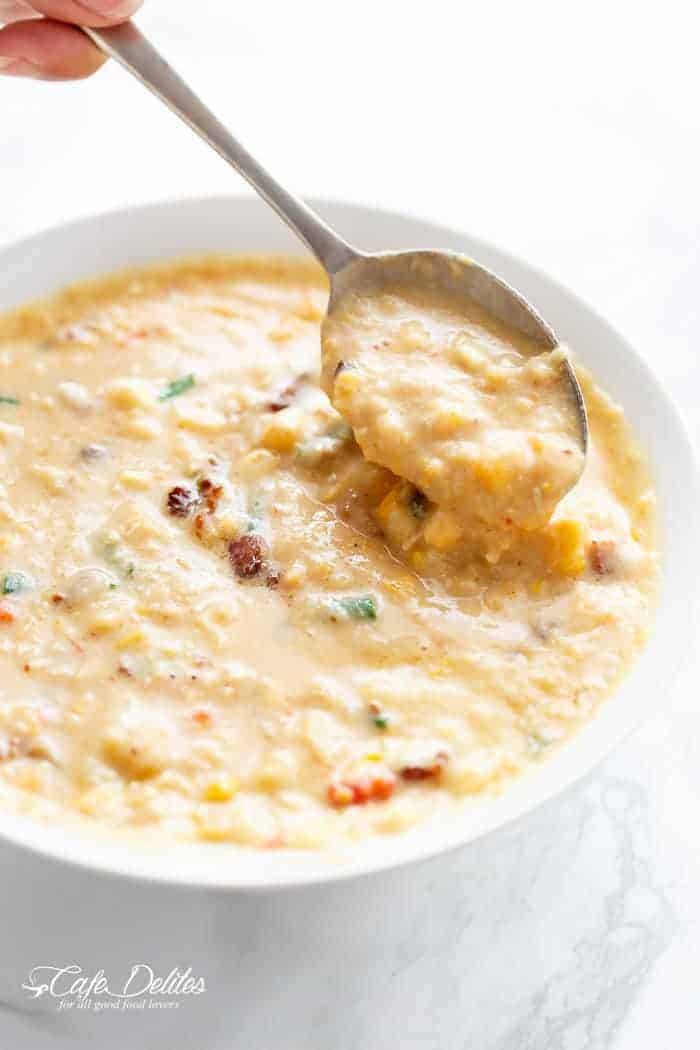 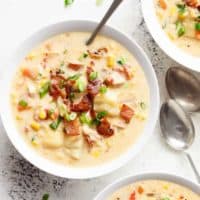 Please keep in mind that this chowder will thicken a little more while it sits and cools to room temperature. Add a little broth, water or milk when re-heating.