Ok..so who doesn’t love Cinnamon Raisin? Not I, said the fly.

In this glorious stack of pancakes, there’s so much cinnamon and juicy sultanas (or raisins if you wish) happening! 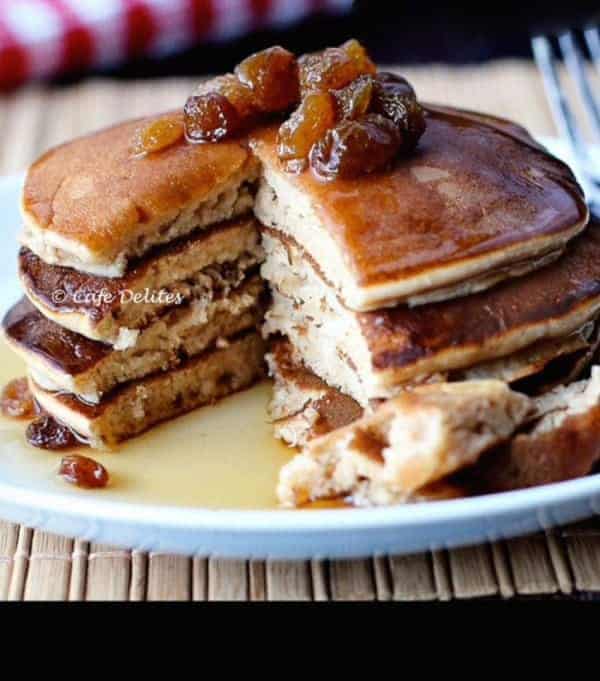 There’s nothing better than taking a bite and juicy sultanas bursting into your mouth!

Mmmmmm…what a way to wake up first thing in the morning. 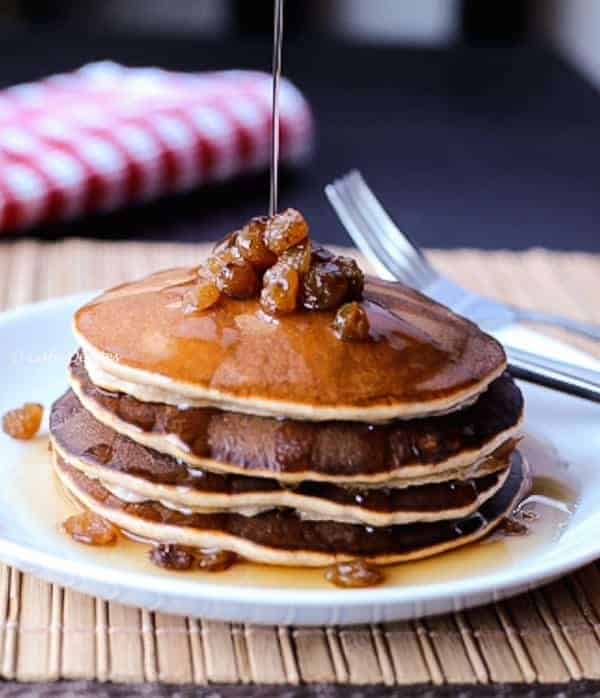 And I’m happy to announce these were a hit like BANG BANG!

They shot us down…

There’s no secret how much I love pancakes. And if I can turn any pancake recipe into a ‘taste like cake’ recipe, I’ll try it.

BUT! Back to these! 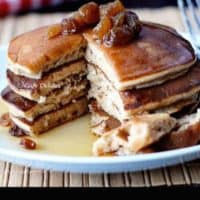