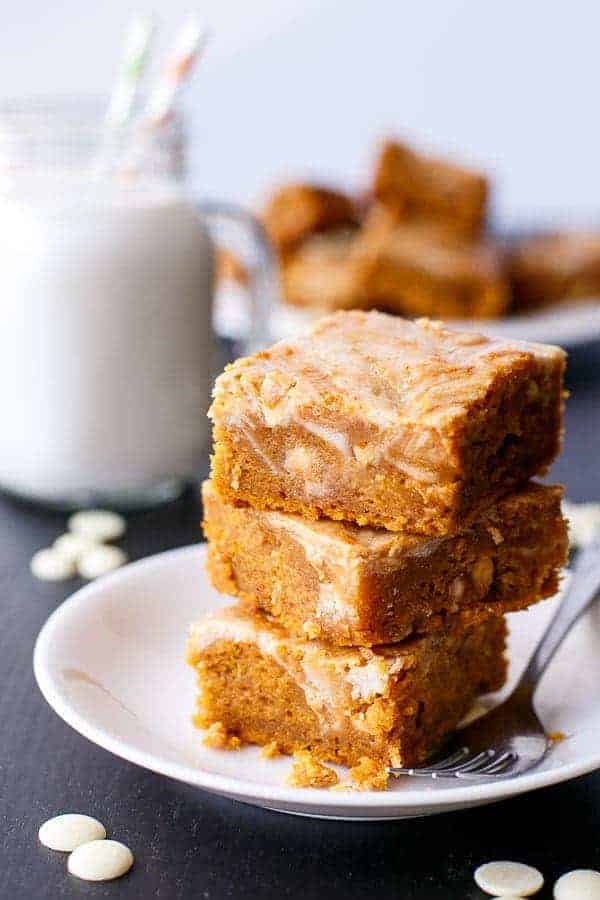 Ohhh..kayyyy. So how do I put this. You know those Cinnamon Cheesecake Swirled Pumpkin Blondies with Chocolate Chips I made a coupl’a weeks ago? Ummm… Well, I wanted to make them again. But me being, well, me…can’t make the same thing twice. I’m forever altering recipes and changing things around. I don’t know why. It’s like a foodie disorder. And this one? Yeap. I twerked it. 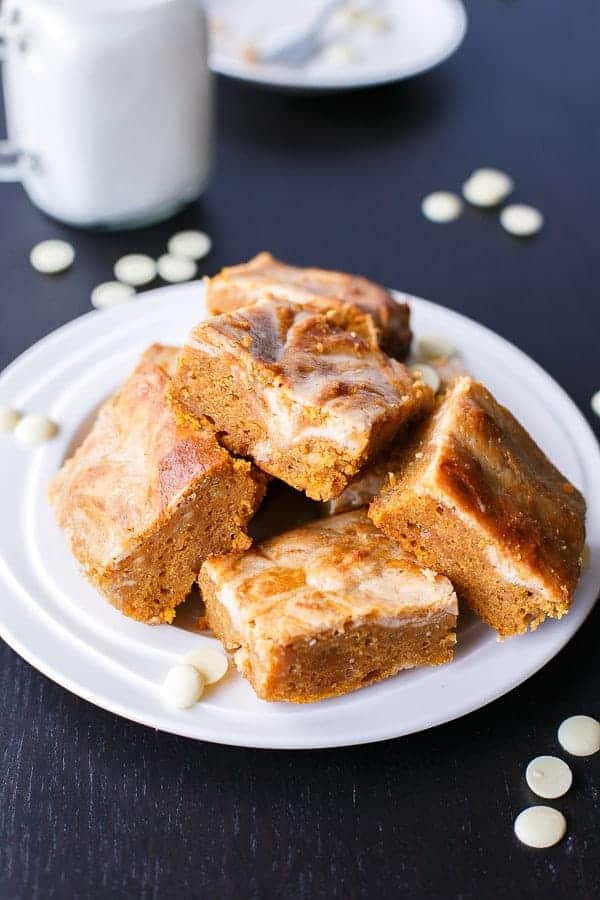 I wanted cake-ier — spongier. Still fudgy, but fluffy at the same time. Does that even make sense? I would’t know. It’s either share now, or suffer an insomniac crazed night full of adrenalin sporadic rushes because I needs’ta share this now type of feeling. 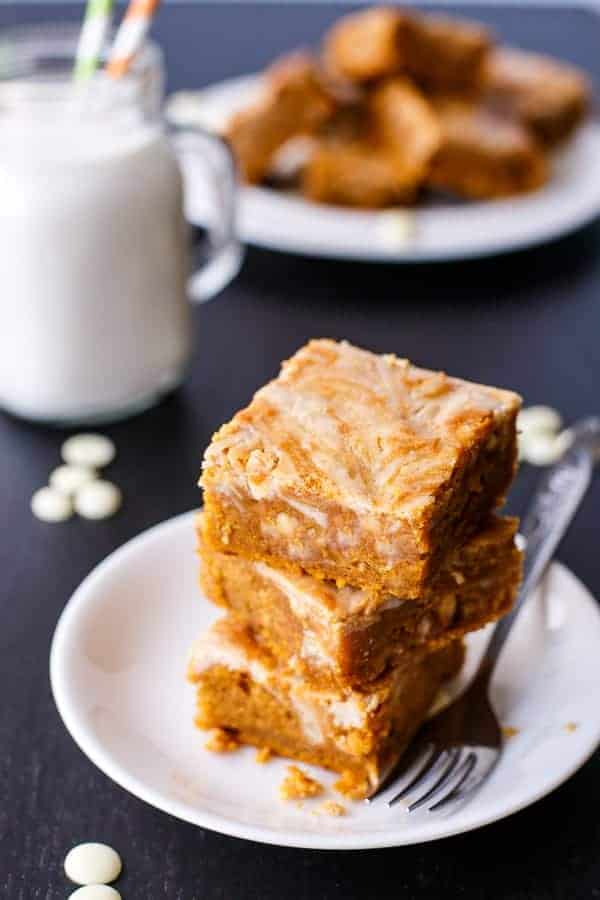 And I think it’s safe to say I did it. Whatever ideas I had swimming around my head before plunging into this experiment totally worked. The blondies were so freaking good, don’t get me wrong, but these cake slices just warmed the shackles of my heart. 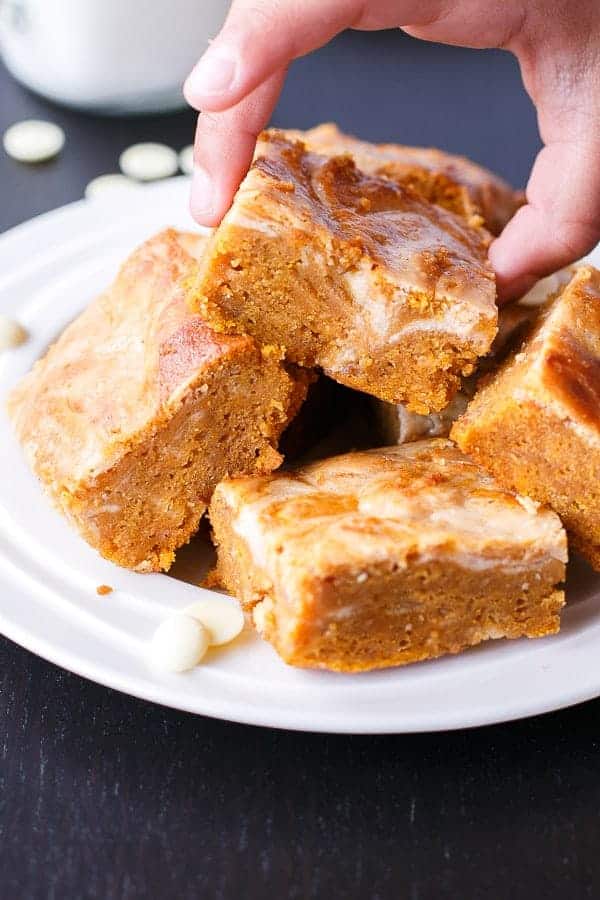 These are a definite must-try-and-bake-before-fall-is-over-and-there’s-no-more-pumpkin. 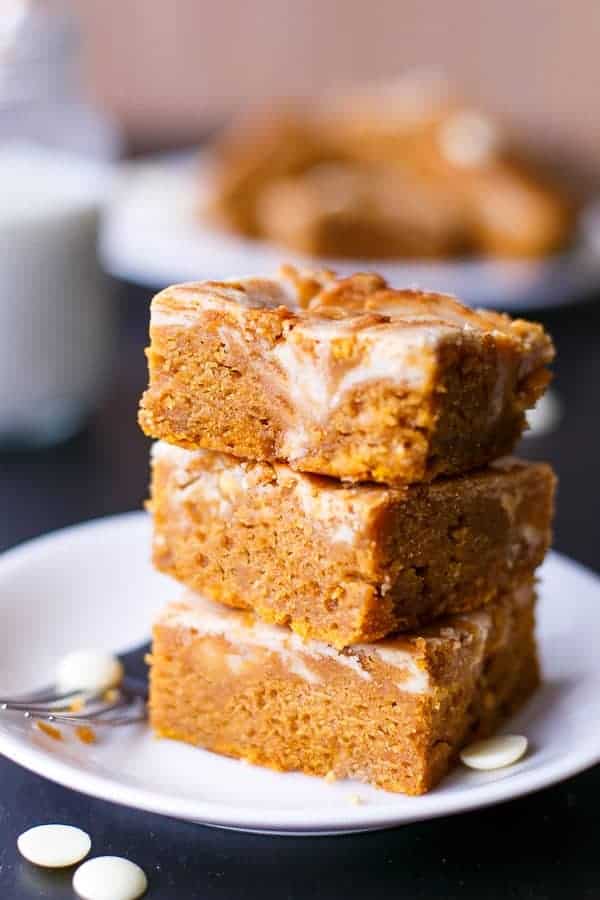 Because the sponginess and the fudginess combination rocked our socks…I’m pretty sure it’ll rock yours right off. These didn’t last long at all. Nope. It was breakfast/lunch — or brunch-time even — when these warm slices of pimped pumpkin paradise came out of the oven (try saying that 10 times. I dare you).

These with a steaming hot cup of Nutella Hot Chocolate, and the smile was planted on our faces for the following few days…that followed.

And now, before I share this recipe and slide into my awaiting bed, I wanted to thank ya’ll for even reading these ravings of a totally sweet-toothed mad woman. You guys make my day. 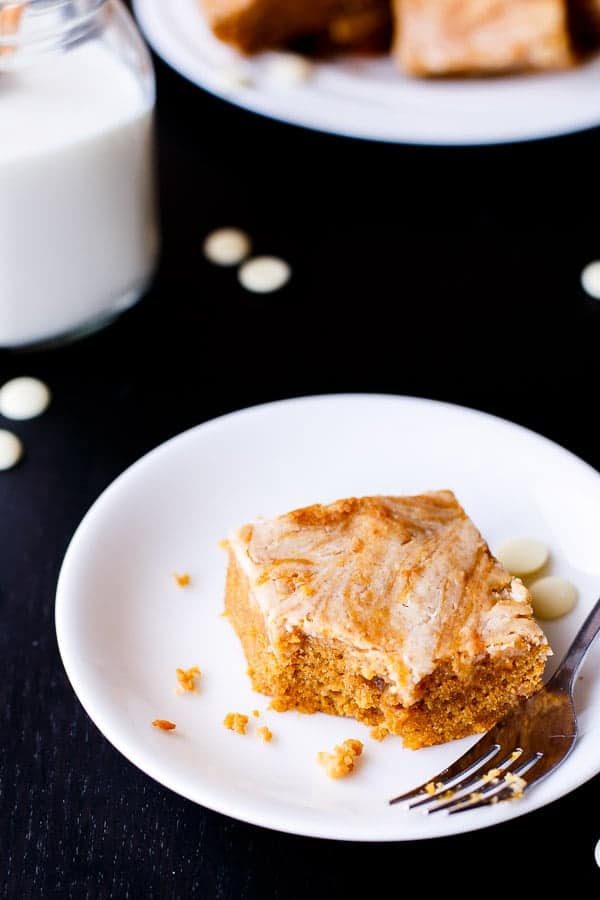 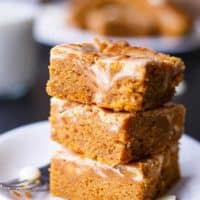 Storage: Bars should be stored in an airtight container, or on a tray/plate covered with plastic wrap at room temperature for about 3 days, or in the freezer for up to 6 months.