Cake for breakfast anyone? Lately, Pinterest has been swimming with Red Velvet everything. But. One thing I haven’t seen is French Toast. Scrap that. A Red Velvet French Toast Recipe Stuffed with a Creamy Cheesecake Filling!

So, I made it my mission to provide you all with the BEST French toast/cake twist! 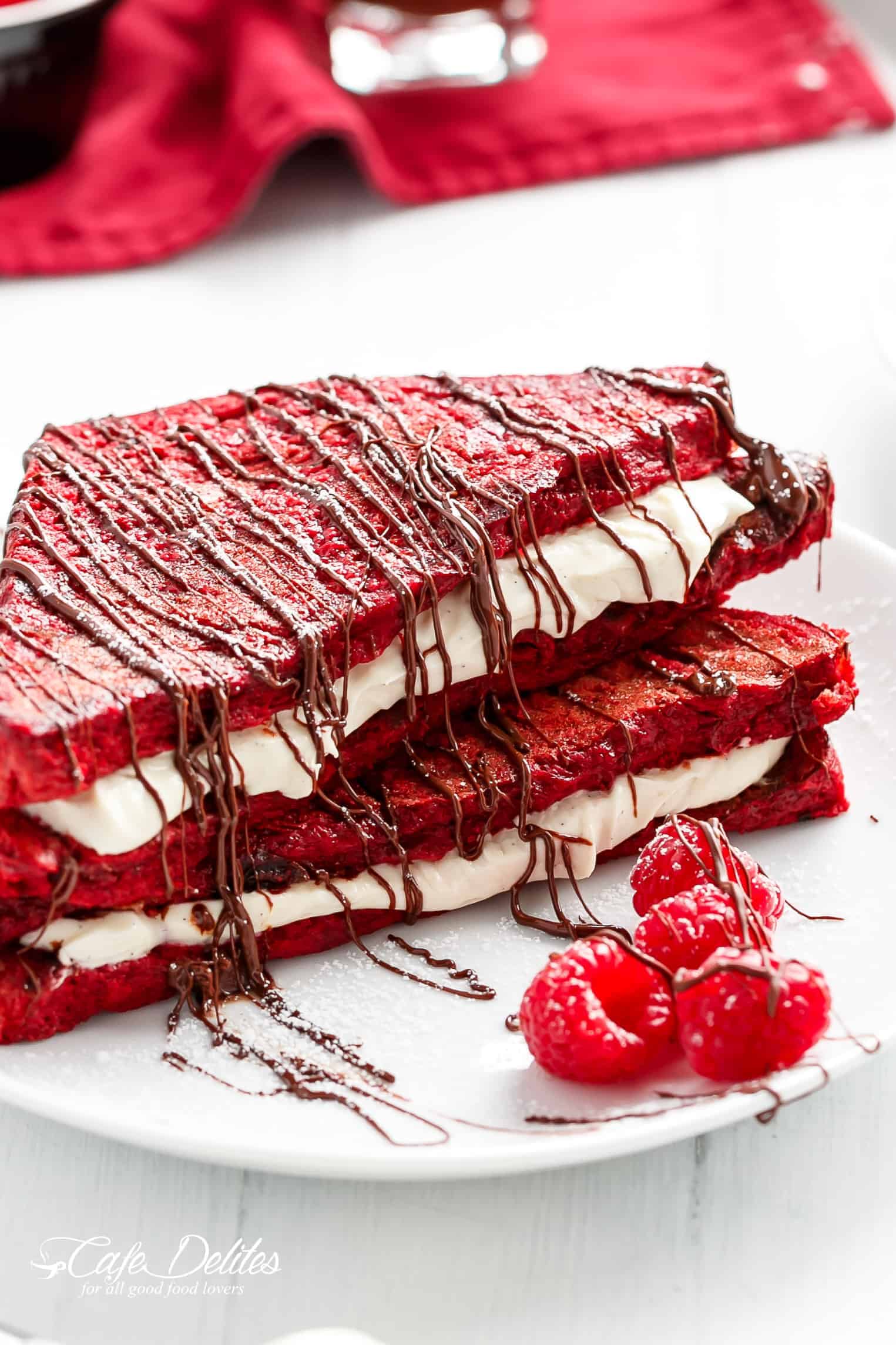 This Red Velvet French Toast happened, well, because cake for breakfast is one of my favourite ways to make French Toast (as you can find here). But then I decided to stuff this one with Vanilla Bean Cheesecake. The no bake kind. 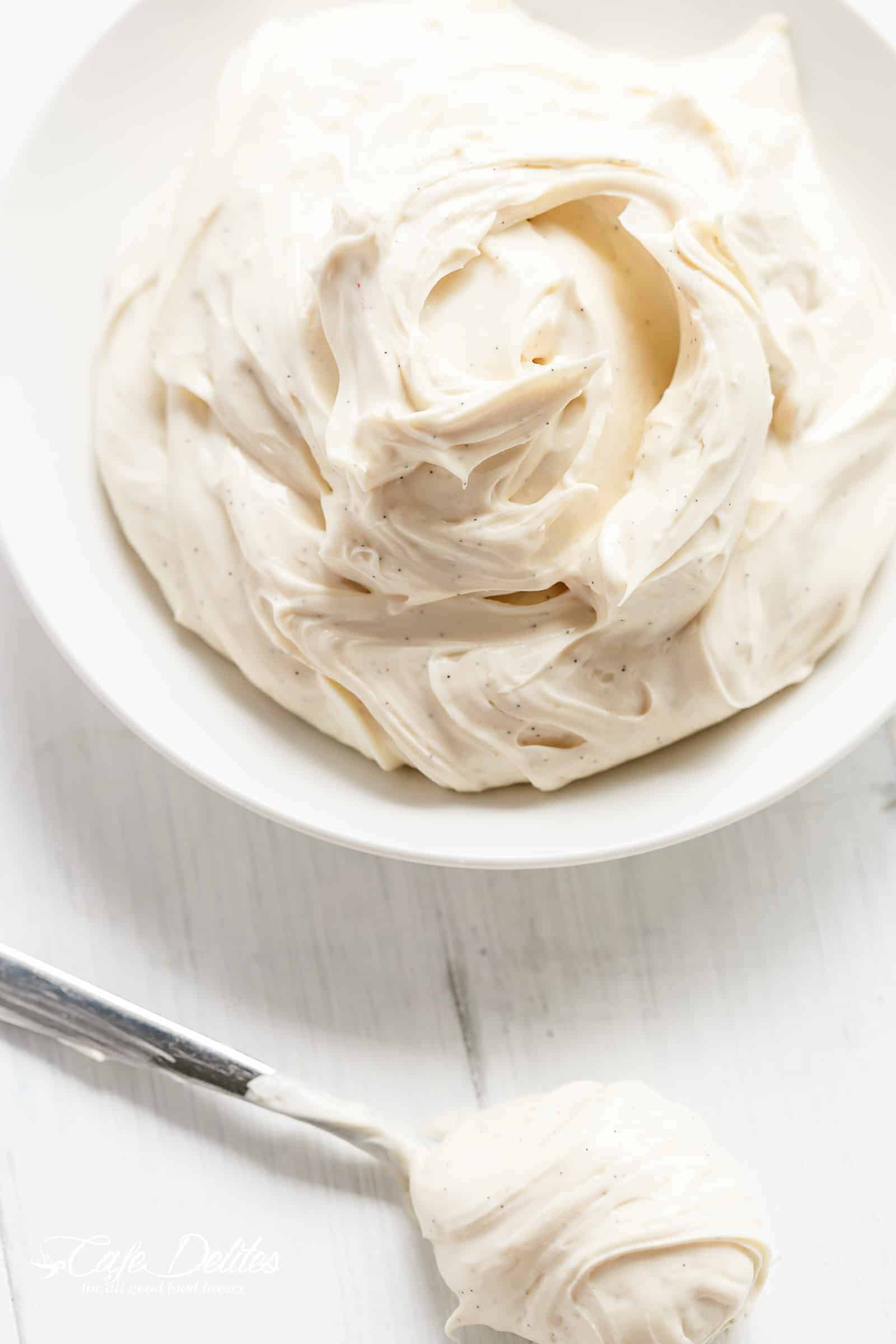 Extra creamy; light and whipped. The most beautiful accompaniment to red velvet.

Can you see the red velvet straight through the French Toast pieces? The soaking part (lightly pressing the bread into the egg wash a couple times) works. 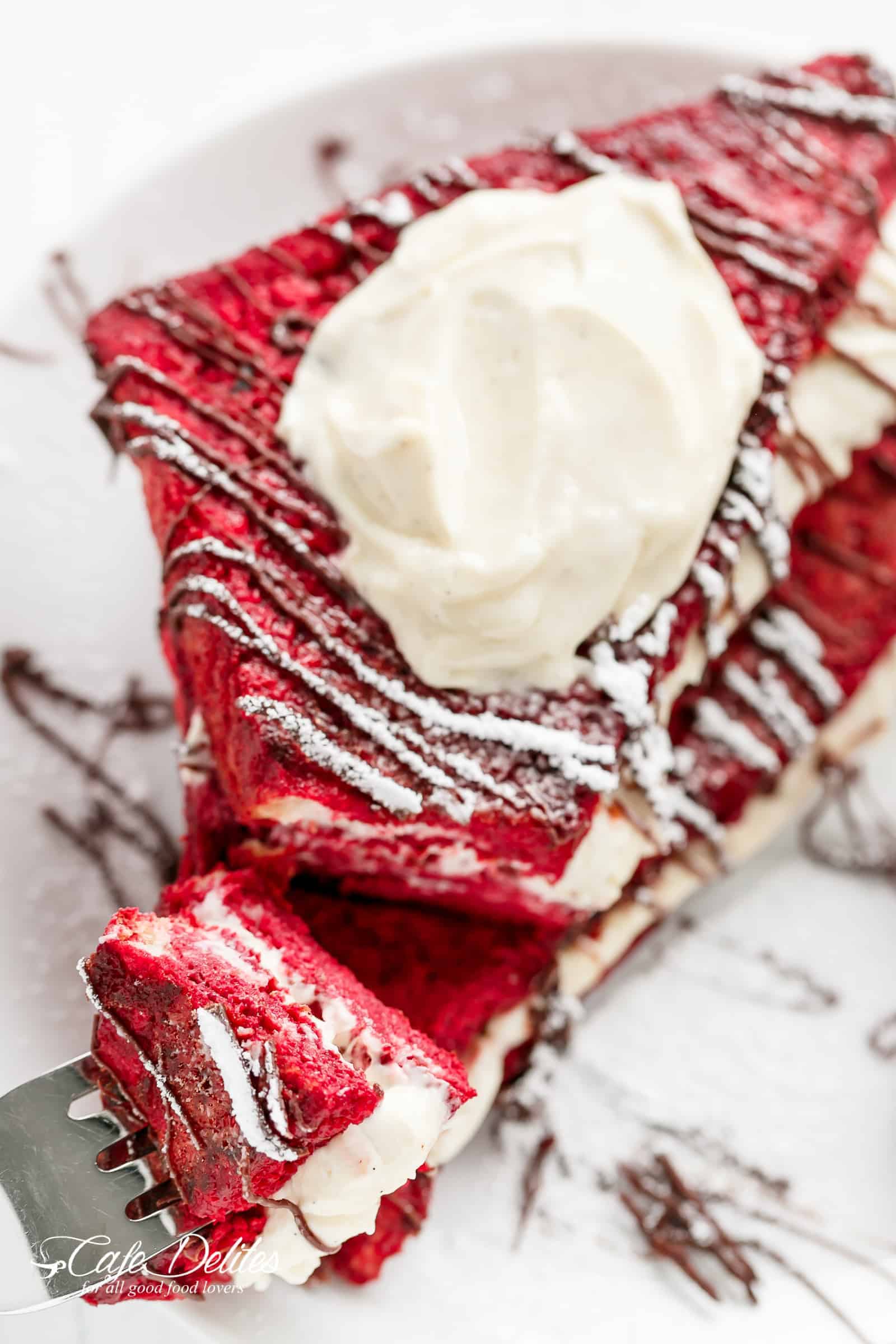 The first time making this egg wash meant cocoa powder dust flying around the air like it just didn’t care in and up our nostrils. The second time around I dumped all the ingredients into my magic bullet blender — um…minus the bread — and in less than 10 seconds the smoothest, silkiest and creamiest red velvet egg wash was born. Stuff I only dream about.

BUT! Normal milk in the egg wash meant a thinner and ‘pink velvet’ finish. With some buttermilk hanging around my refrigerator I tried that instead and like magic, these were coated in the reddest velvet I’ve ever seen besides cake. 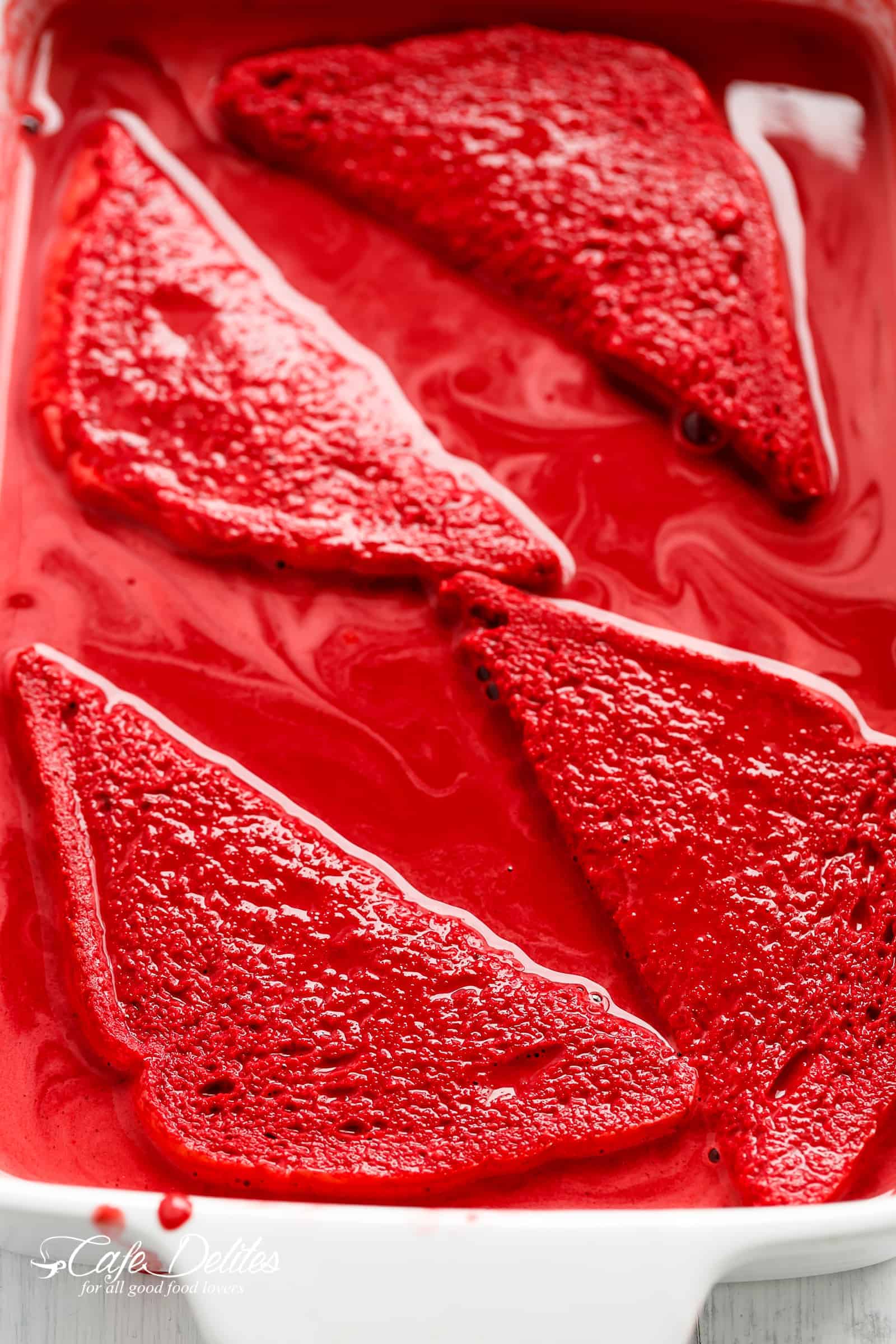 The good news is they keep their super red colour after pan frying. 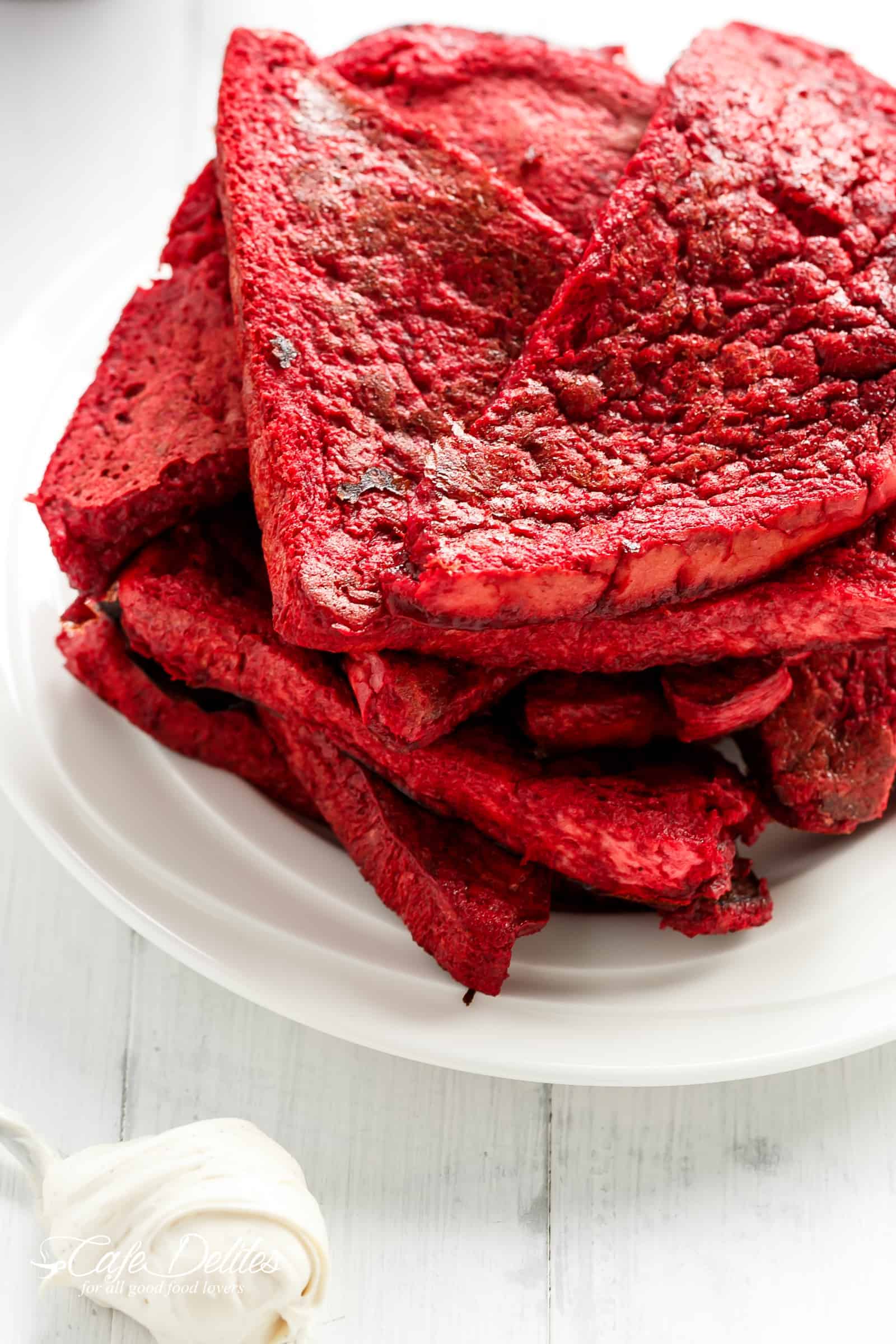 At this point (after stuffing of course), you can either leave them plain or drizzle them with melted chocolate OR NUTELLA, and a light dusting of icing sugar… 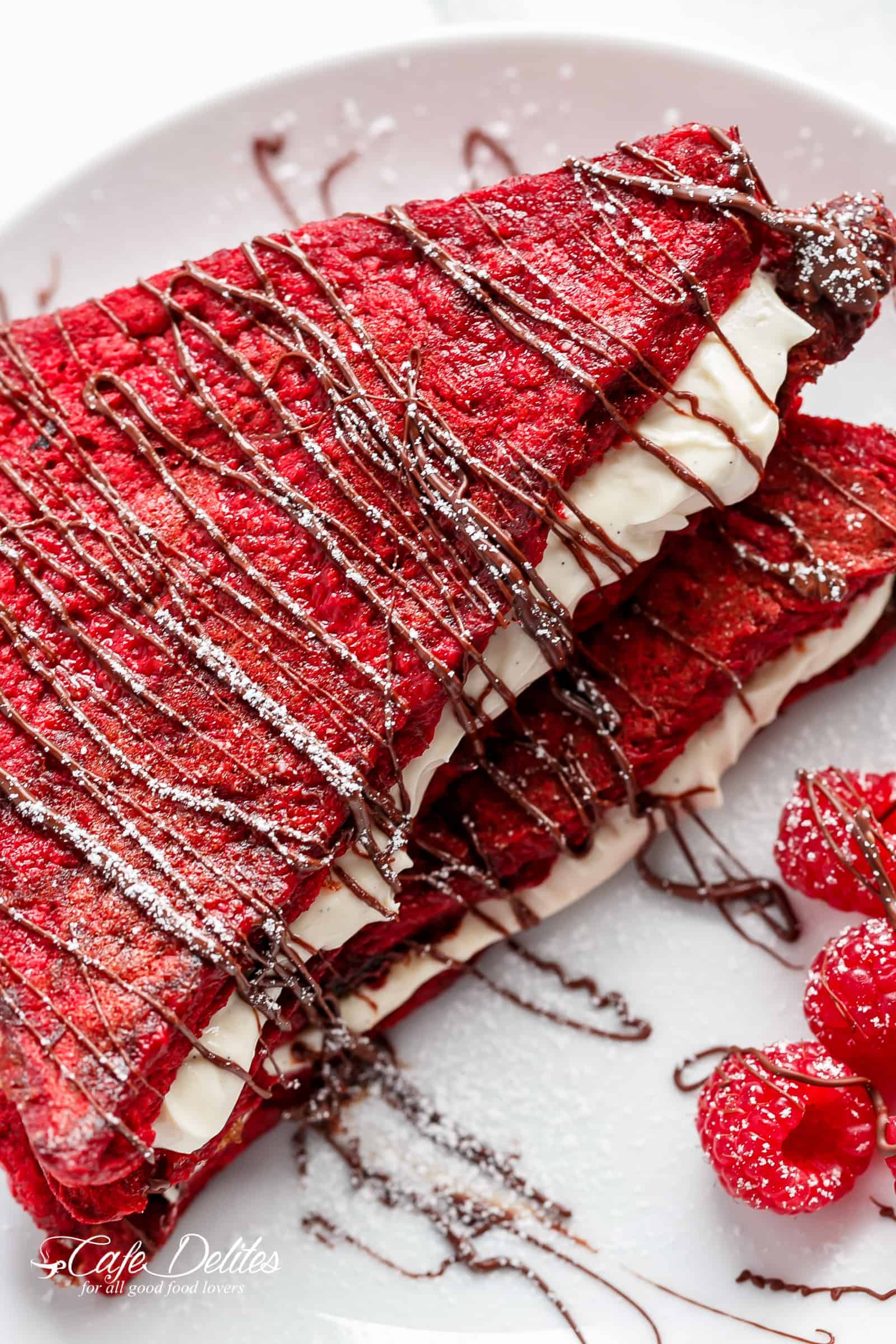 …or top with extra cream cheese. It just so happens I love all three options. 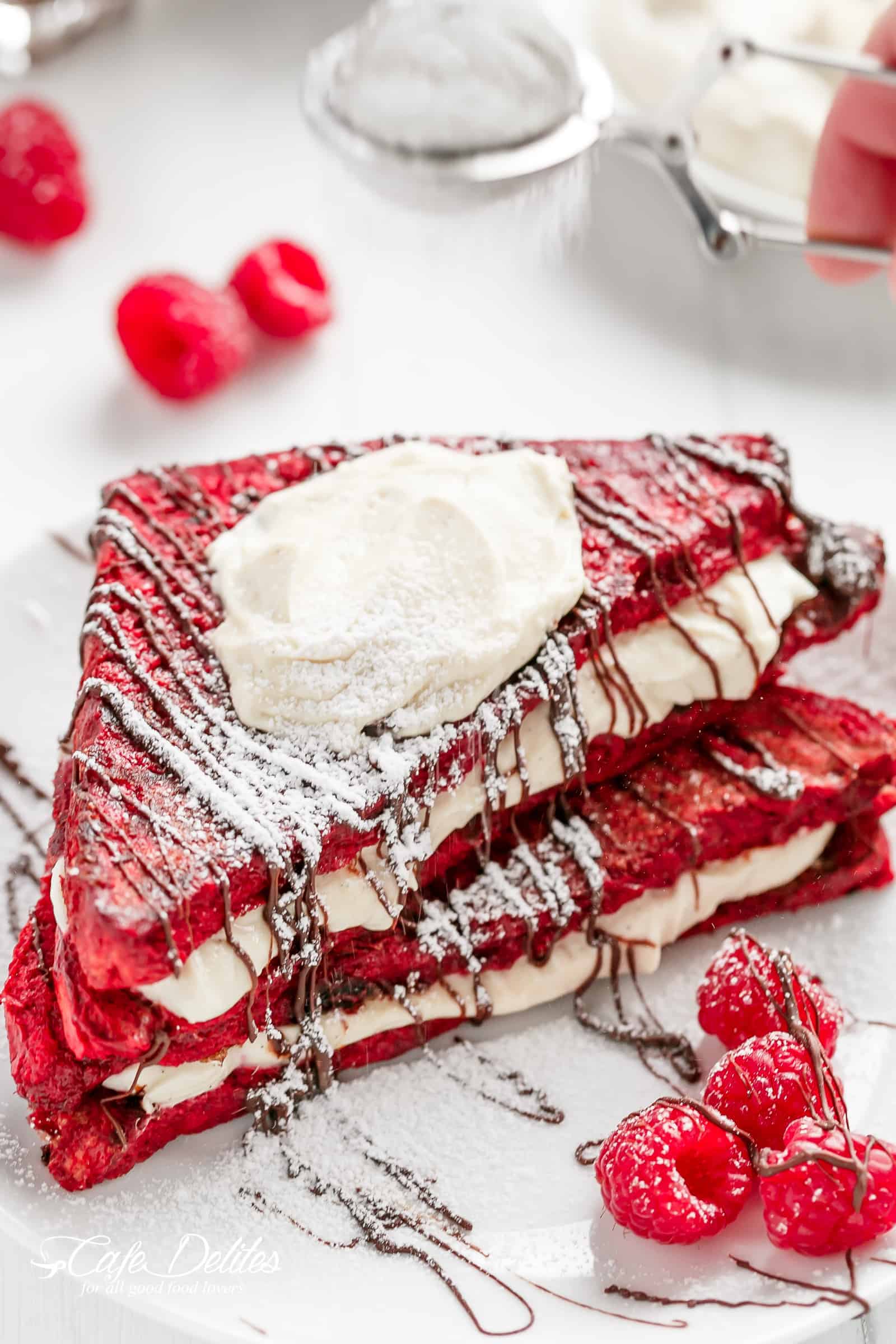 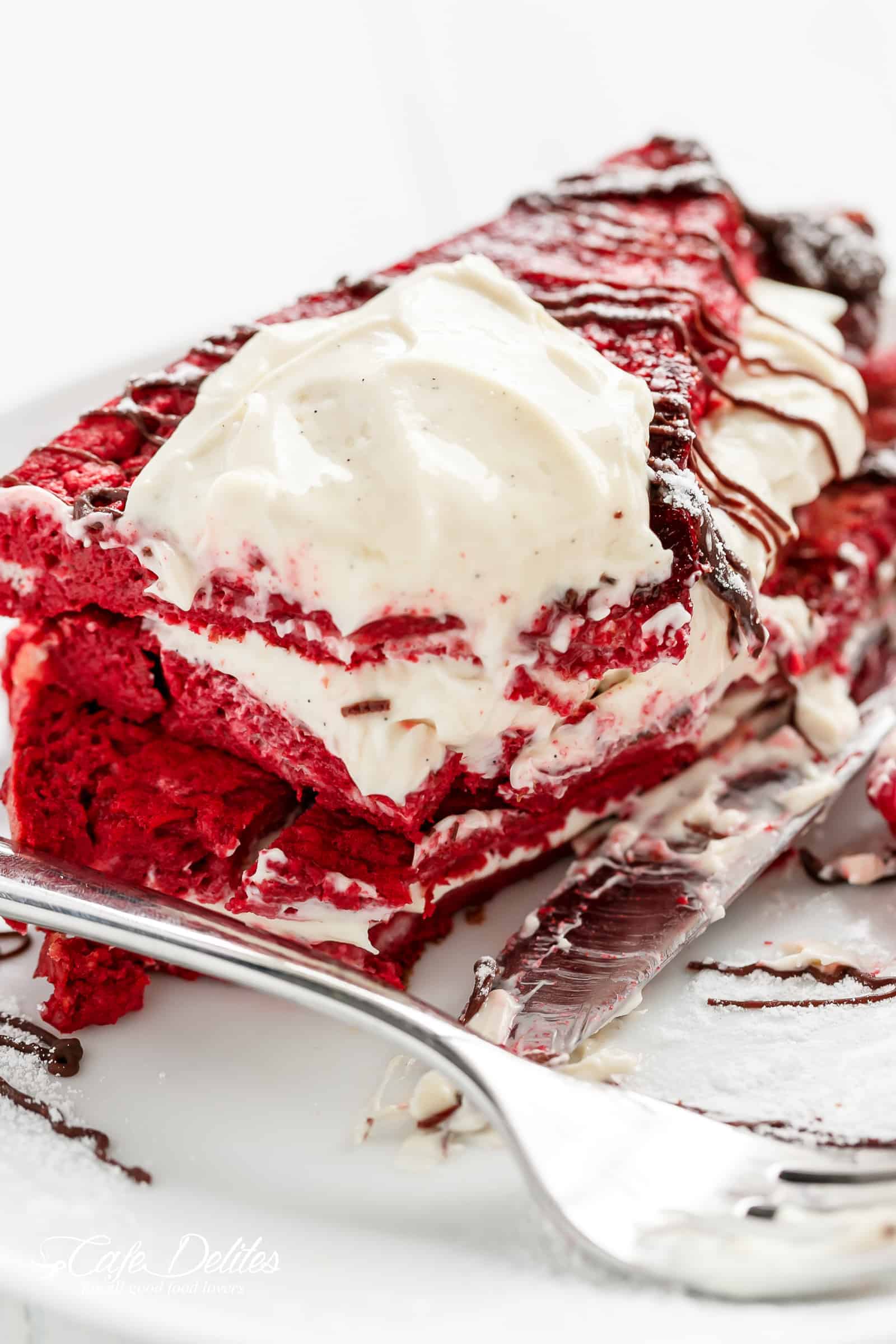 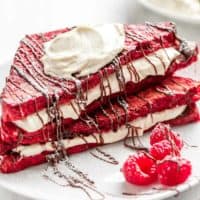