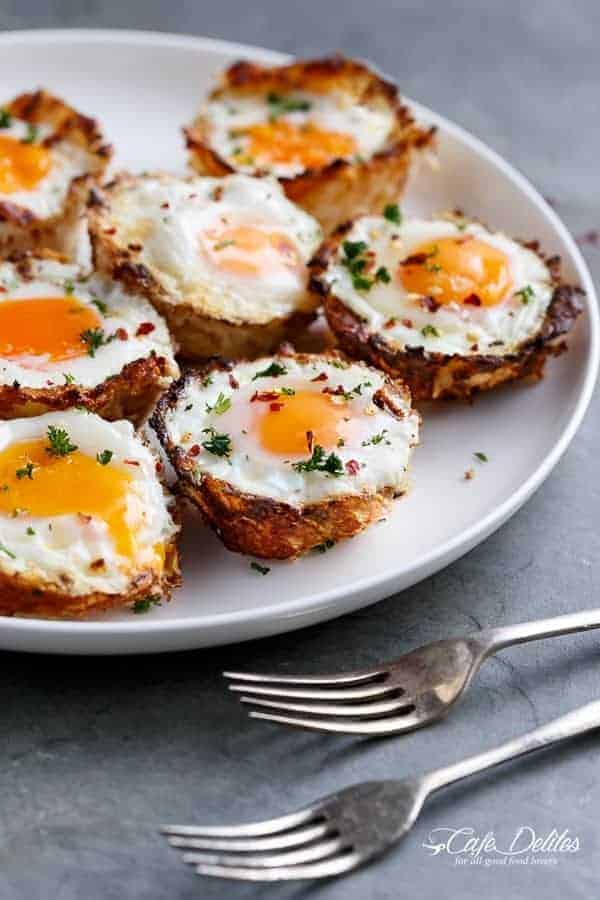 Here I was thinking crispy, deep fried hash browns would be a thing of the past…you know, with the going healthy kick I’m on. But I was wrong. Or to put it bluntly, I proved myself wrong with a huge kick up the hash brown butt. I’m going to break it down into steps with photos to help convince you guys that you have to try these. Are they complicated? No. Do they take some work? Yeeahhh…KIND OF. Are they worth it? YES.

Just look at that runny egg! 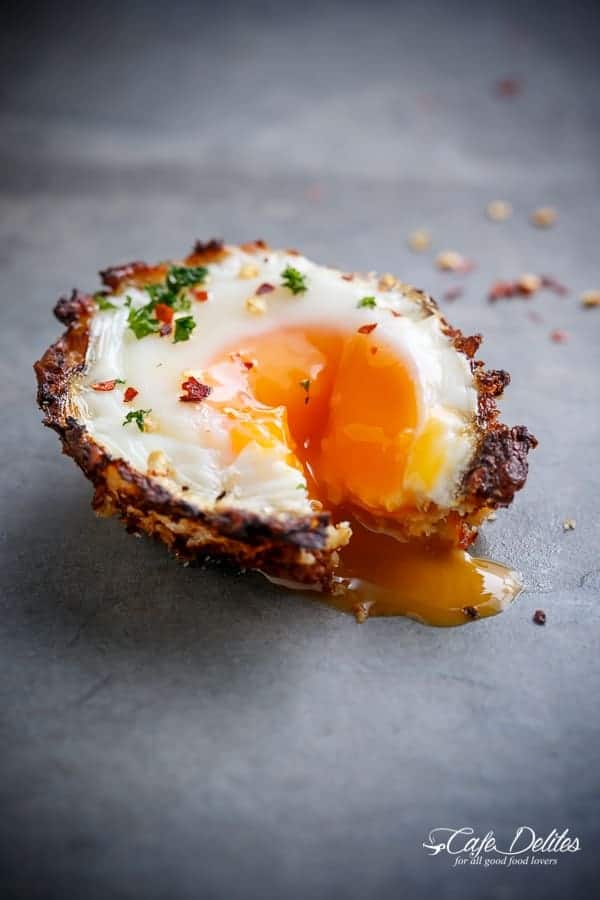 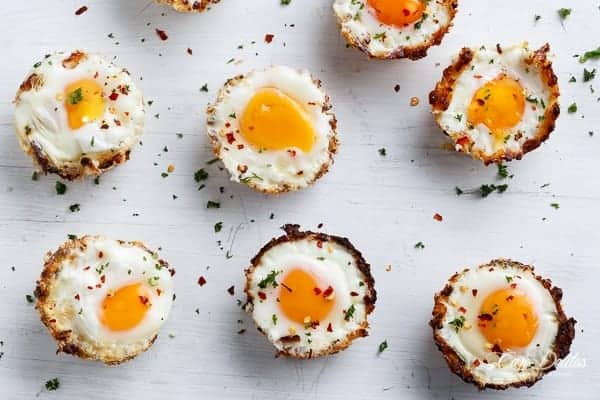 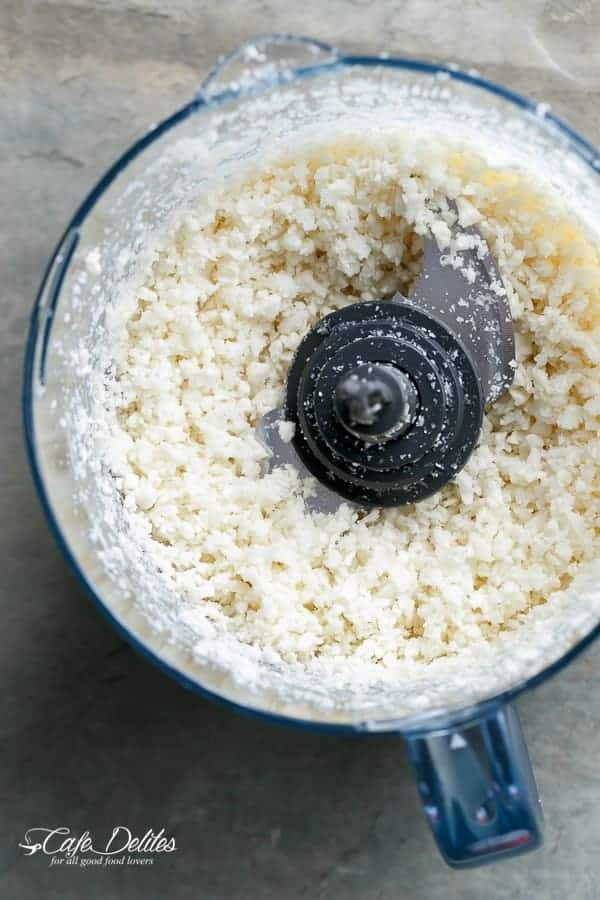 Why am I saying this? Well, let’s just say after 2 times trialling and flopping at my cups, I want you to be successful from the very beginning. It reads harder than it is. I promise.

Once the cauliflower is dry, add your egg, cheeses and seasonings and mix to form a ‘dough.’ 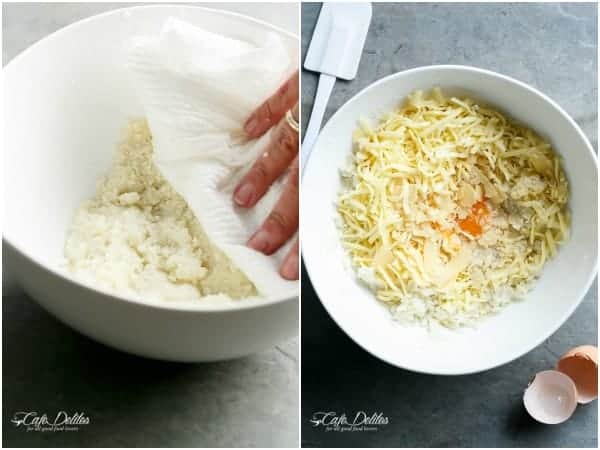 Spoon them into your lightly greased muffin trays (or ramekins), and press them down to form cups. Easy, yes? Right. 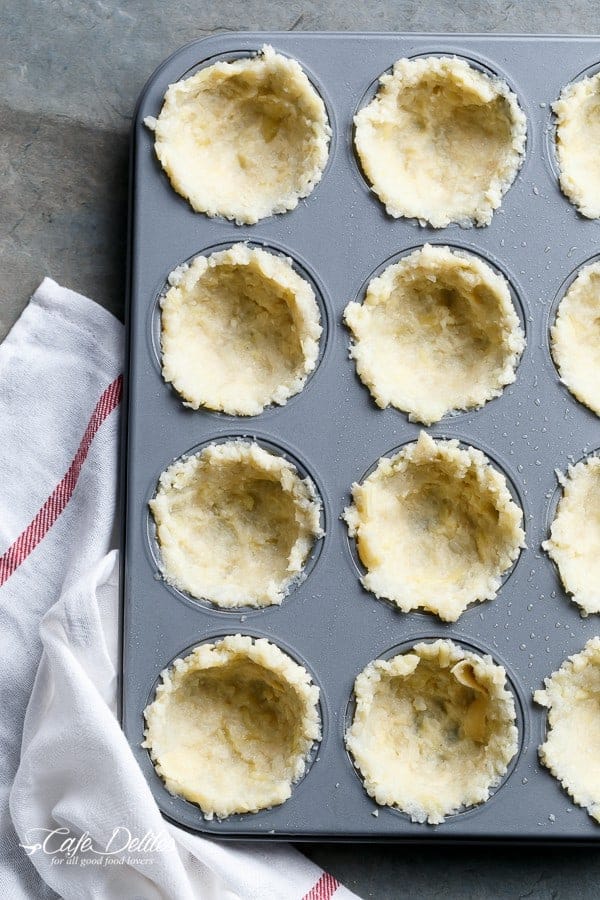 Bake them in your oven until they’re all golden and the aroma in your kitchen has changed from cauliflower to golden melted cheesy smells. Remove from the oven; break your eggs into each cup (make sure they’re small-medium sized eggs or you will have egg whites spilling out everywhere and all over the place. How do I know that? Um…doesn’t matter), and return to your oven for about 15 minutes or until the whites are set and the yolks are to your liking. 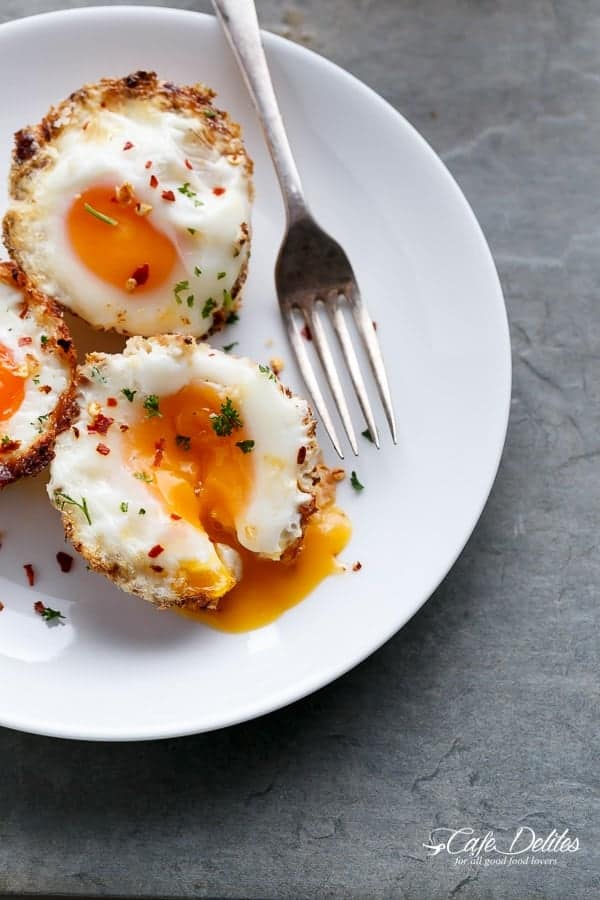 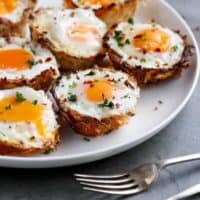