Soft and fluffy yeast-free cinnamon rolls covered in melt-in-your-mouth chocolate chips and the perfect cream cheese frosting for a beautiful breakfast to wake-up to Christmas morning. And best of all? Half the fat of normal Cinnamon Buns! Yes! 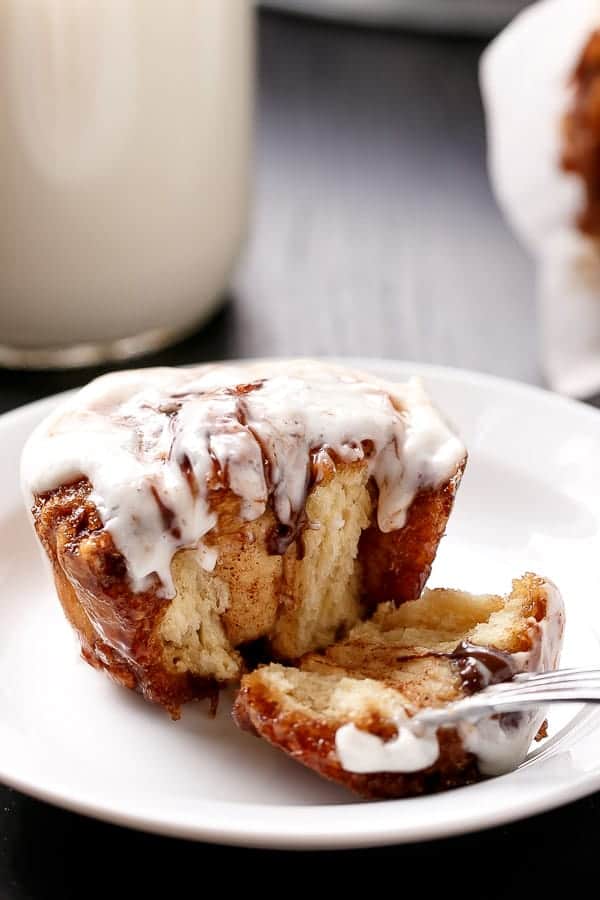 Who said you can’t lose weight, or maintain it, while enjoying Cinnamon Rolls? After many months of my Instagram followers asking — or technically begging — me to come up with something they can enjoy without the guilt Cinnamon Rolls normally bring, I thought what better to give this as a Christmas gift to you all: right before Christmas? 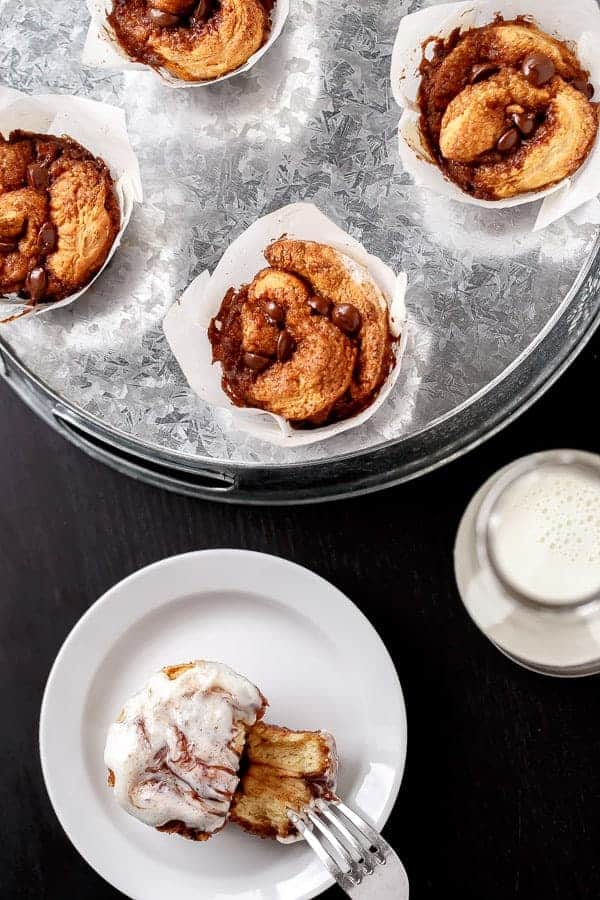 After scouring magazines and recipe books all over the place, I finally found Cooks Illustrated and instantly fell in love.The first attempt? Not sa’ good.

But this second time around? Oh so soft and fluffy I nearly died. 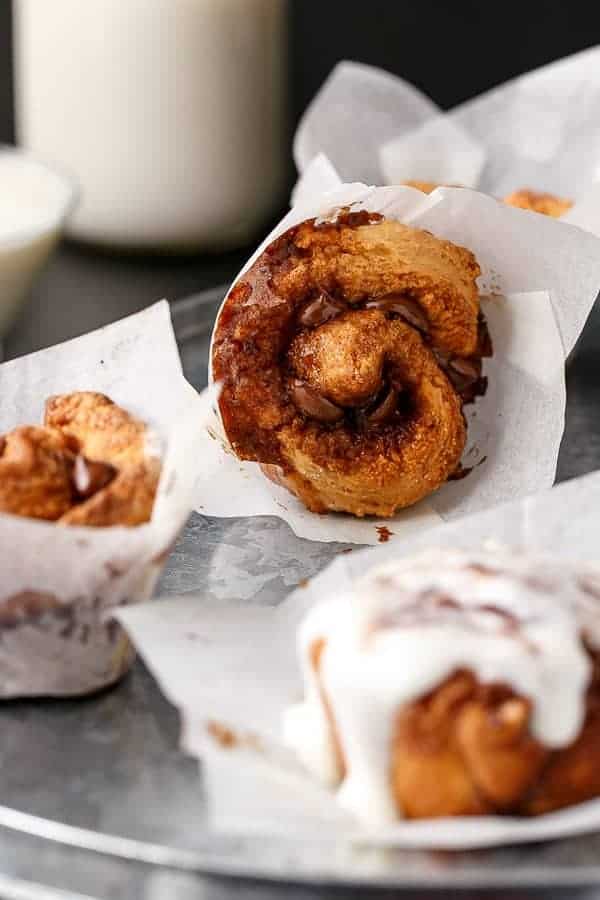 And if the empty tray needing to be washed in the kitchen sink can tell me anything at all, it would be that my family definitely approved this one. 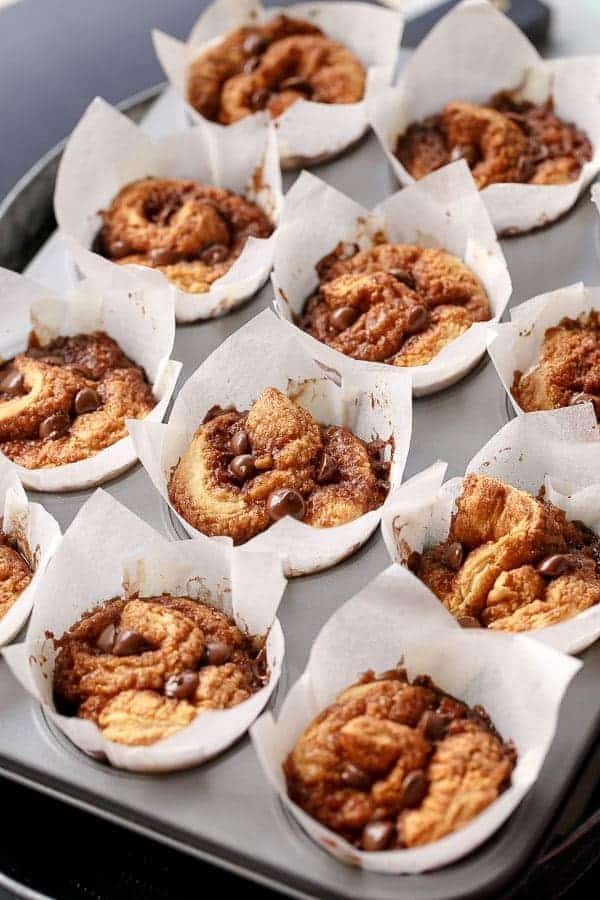 Although we are Nutella heads up in here with all the Nutella Recipes coming outta my ears lately, (which reminds me, I’ll be smearing Nutella into these guys when I make ’em again), we are also Cinnamon lovers. Donut lovers. And Cinnamon Roll admirers. 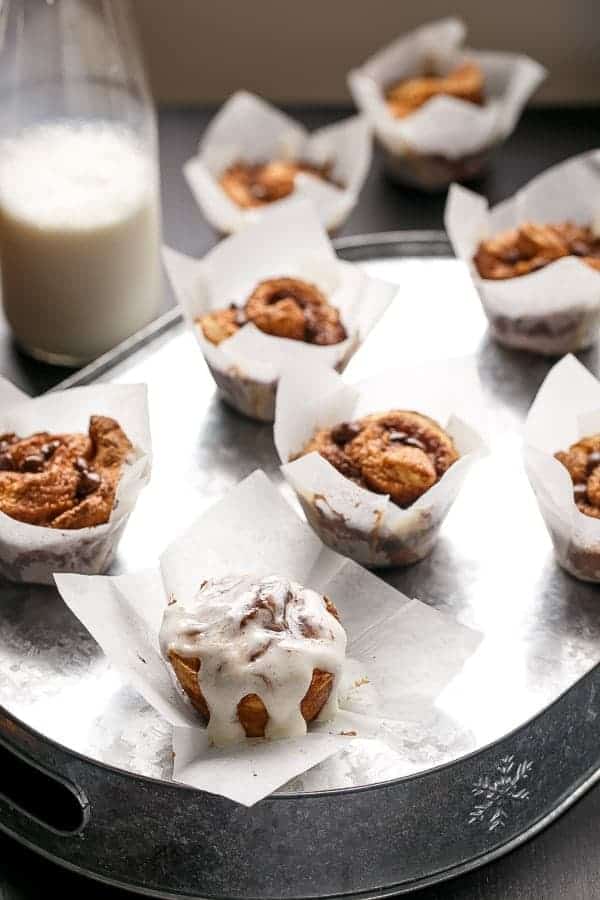 But. Baking with yeast scares the living yeast outta me.

Mainly because I don’t normally bake with it, and I don’t have time to wait for it to rise. 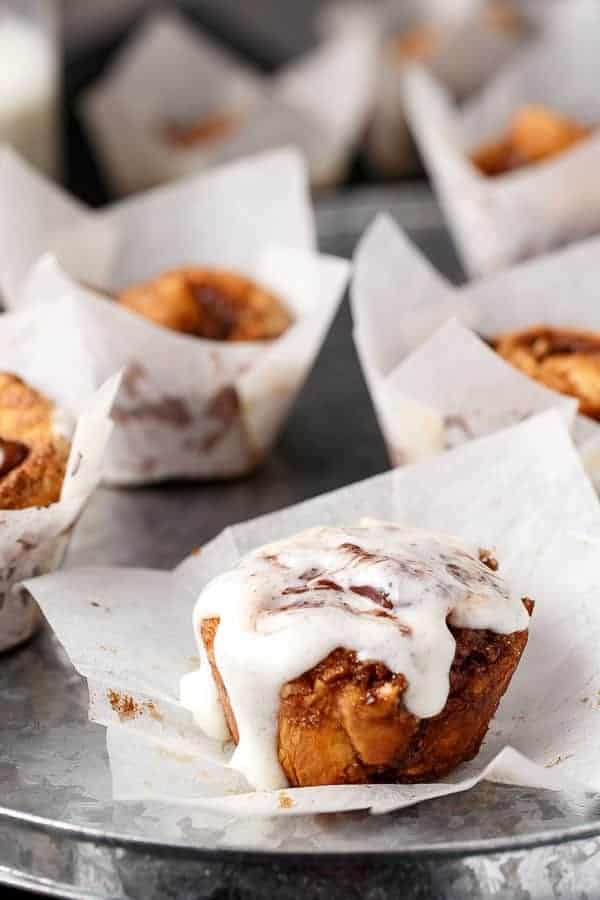 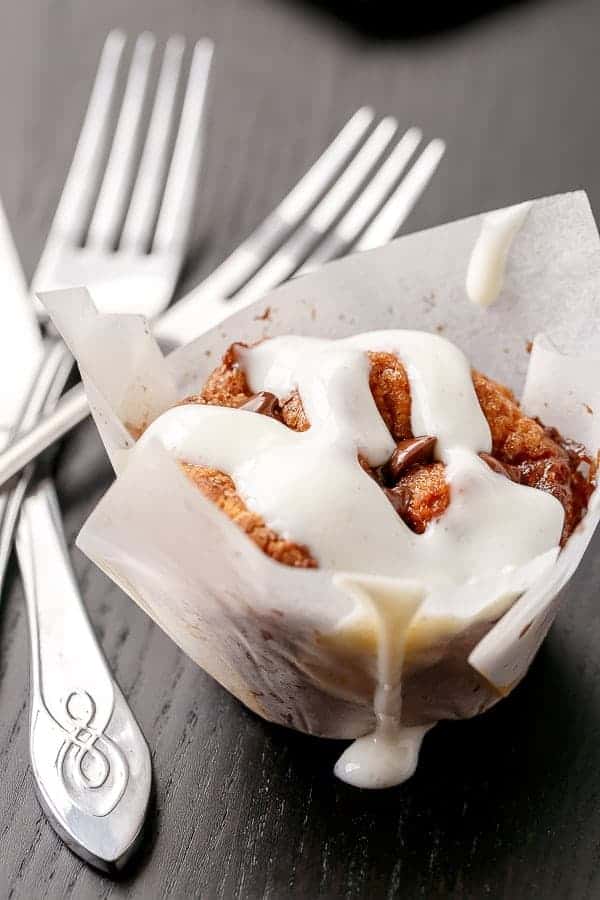 Because lighter on the hips Cinnamon Rolls? Yeah…throw one or two over here please! Ahhhh so fluffy! 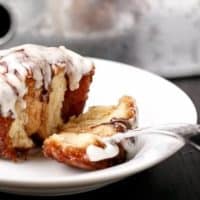 Soft and fluffy yeast-free cinnamon rolls covered in melt-in-your-mouth chocolate chips and the perfect cream cheese frosting for a beautiful breakfast to wake-up to Christmas morning.

Weight Watchers: 5pp per roll!
PRINT SAVE go to your favorites
Serves: 14

Best served warm and fresh out of the oven, or warmed up in the microwave if storing.
Store in an airtight container for one day, or freeze for two months.