Ever wanted dessert for breakfast? Well, welcome to my world. Turning desserts into breakfast seems to be a ‘thing’ I do. Crispy coconut waffles topped with whipped coconut cream and toasted coconut flakes (or chips). Hello Spring! 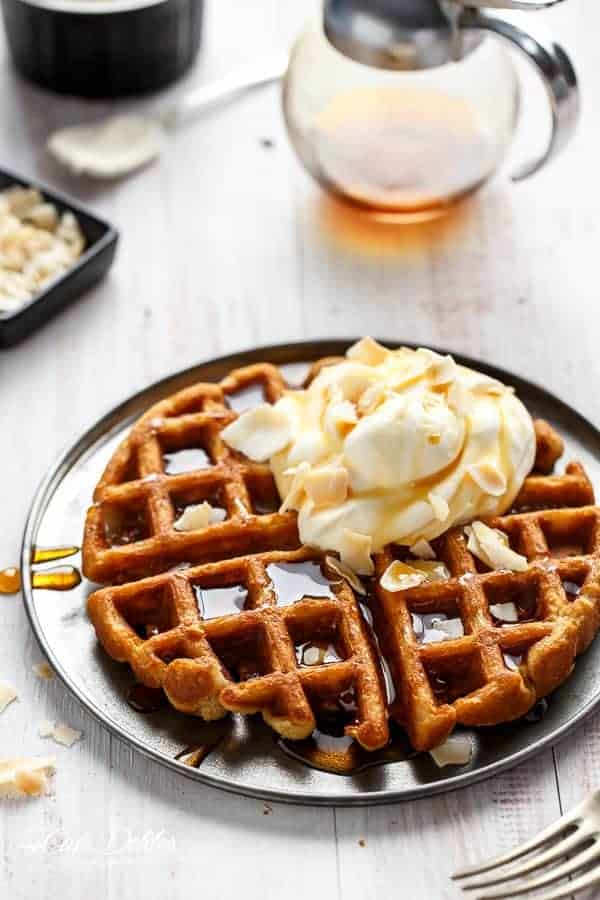 Coconut cream pies have been taking over my Instagram account. Like, ‘driving me nuts’ taking over. And just as I was heading into the kitchen to get busy making one, I eyed off my new waffle maker and skidded to a halt mid-speed walk…which I don’t recommend doing. Ever.

Naturally, my brain went into serious overdrive wanting nothing more than waffles AND coconut cream pie. Why can’t I just have that eat whatever you want and never get fat damn body type? WHY?

Long story short, due to the fact that it was only 8:34am (to be exact) and the unfortunate curves trait I’ve been ‘blessed’ with, I had to find some sort of an alternative. 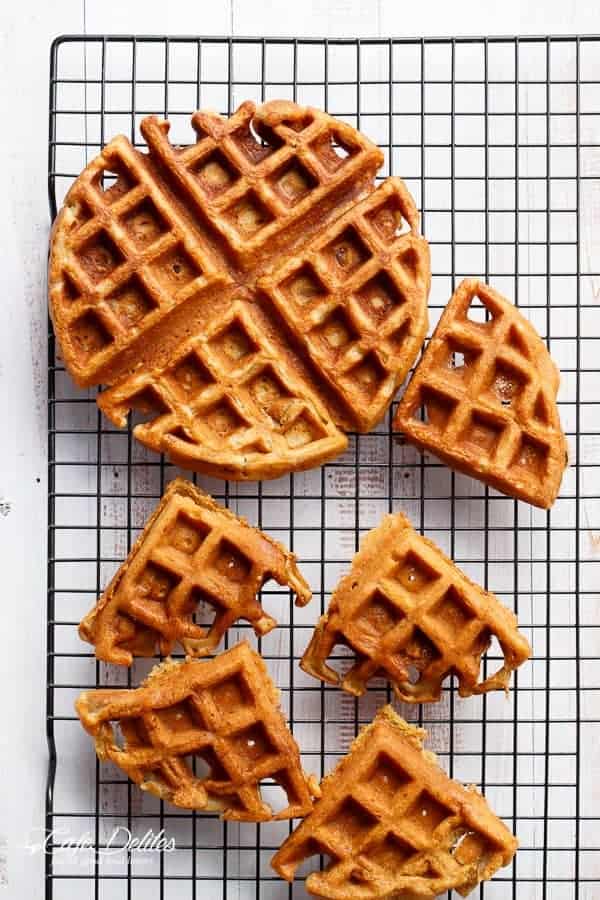 The problem with me and new appliances is that when I buy anything, I have to take it for a practice run and try a million different ways of doing the same thing. This past week I’ve overdosed my family on every single waffle you can think of, thanks to this waffle maker.

And apparently Coconut Whipped Cream is my new thing. Ever since I tried that 3 – Ingredient Double Chocolate Mousse, I’ve been putting the stuff on everything. 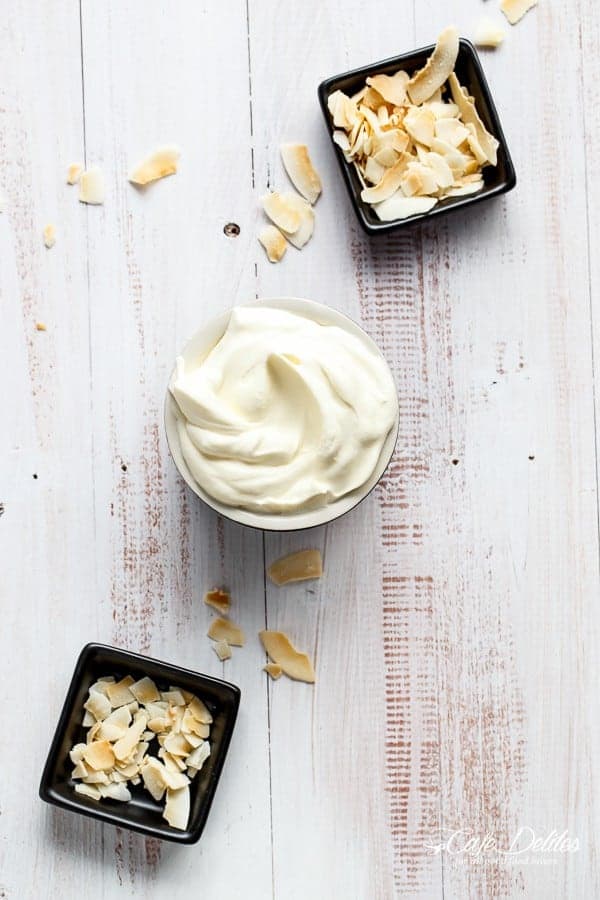 You should know that Melbourne decided to erupt with ‘tornados’, pouring rain, flash flooding, hail, lightening bolts 100m from my car and thunder so loud it was worse than screaming at the top of your lungs in the middle of a nightclub — chaos as these were being photographed. The severe weather warnings threw everyone into a panic of course, for a total of 5 minutes. Because as soon as we started panicking, it was over. Blue skies. Sunshine. Spring again.

Melbourne — the Bipolar state of Australia. 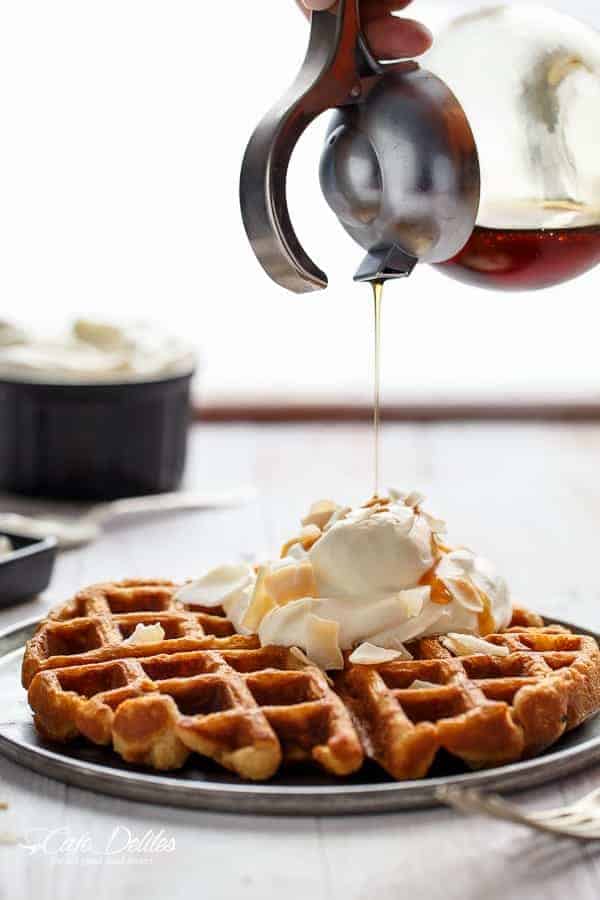 Having children and blogging food comes with its perks. They eat all the food after fighting over who gets the best one. The non-perk is having them crawl around my ankles, or stand beside me breathing down my neck waiting impatiently for me to finish taking photos…and panicking that we’re all ‘ganna die because hello! Tornados!’

I need my space. So, in the midst of panicking and worrying about our survival, we ate waffles. 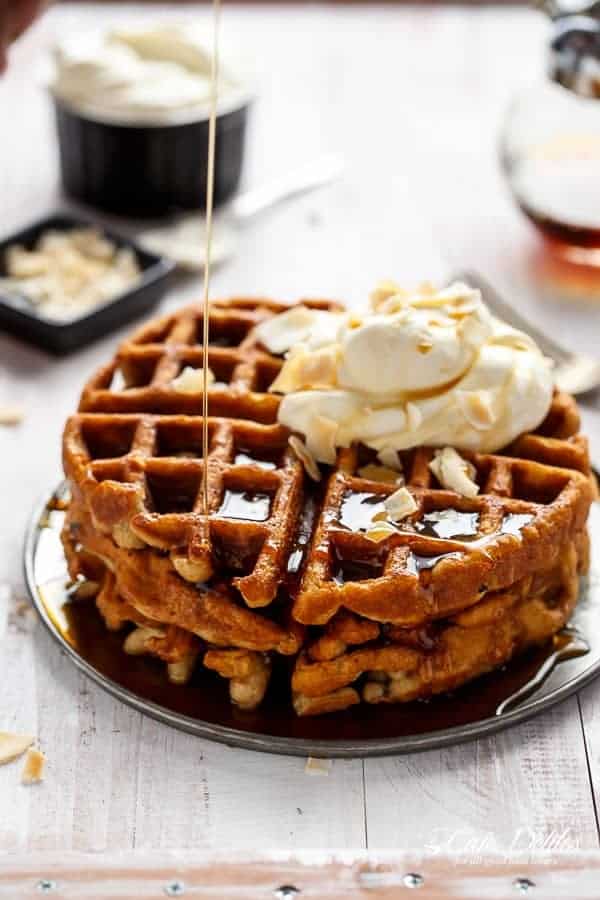 I don’t do anything half measured. 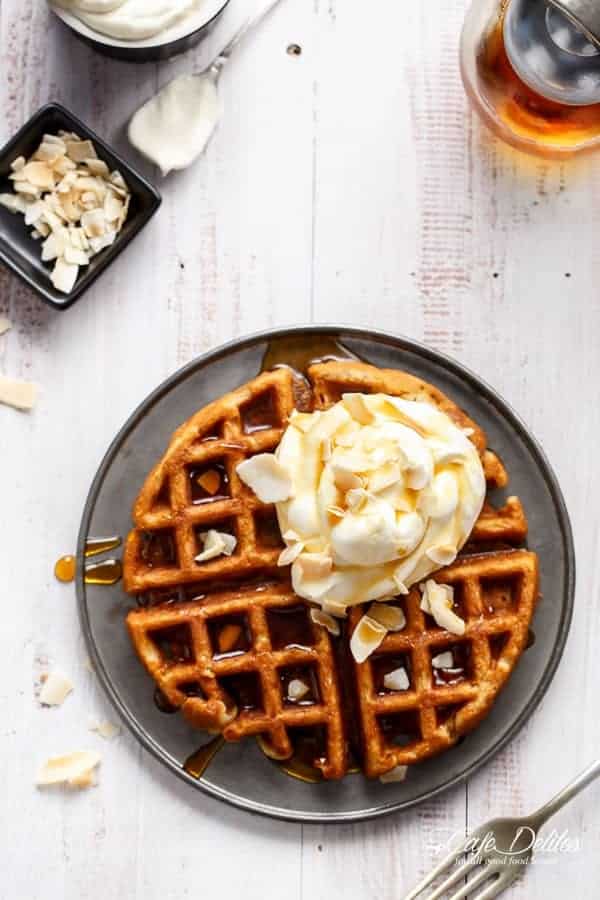 And then I decided to drizzle them with maple syrup for shots like this, you know, for the greater good of our sanity. 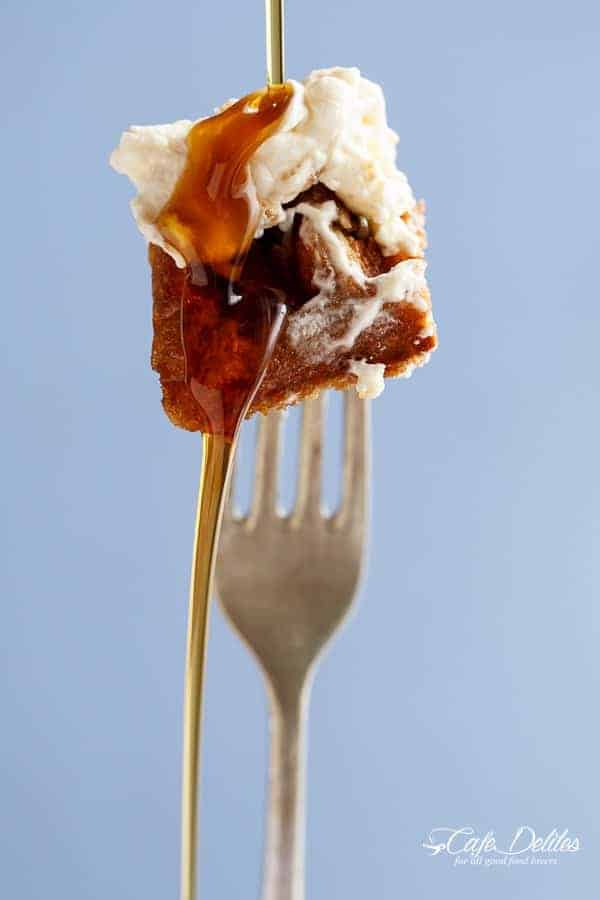 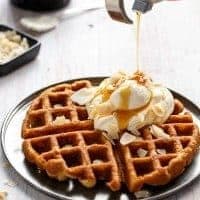 Crispy Coconut Waffles topped with whipped Coconut Cream and toasted coconut flakes...turning breakfast into a pie!
PRINT SAVE go to your favorites
Serves: 6