If there’s any combination better than chocolate and hazelnuts (aka = Nutella), it has to be liqueur and cream. And Creamy Kahlua Raspberry Cheesecake Parfaits completes the mix!

These parfaits are perfect! My taste buds love me even more now… 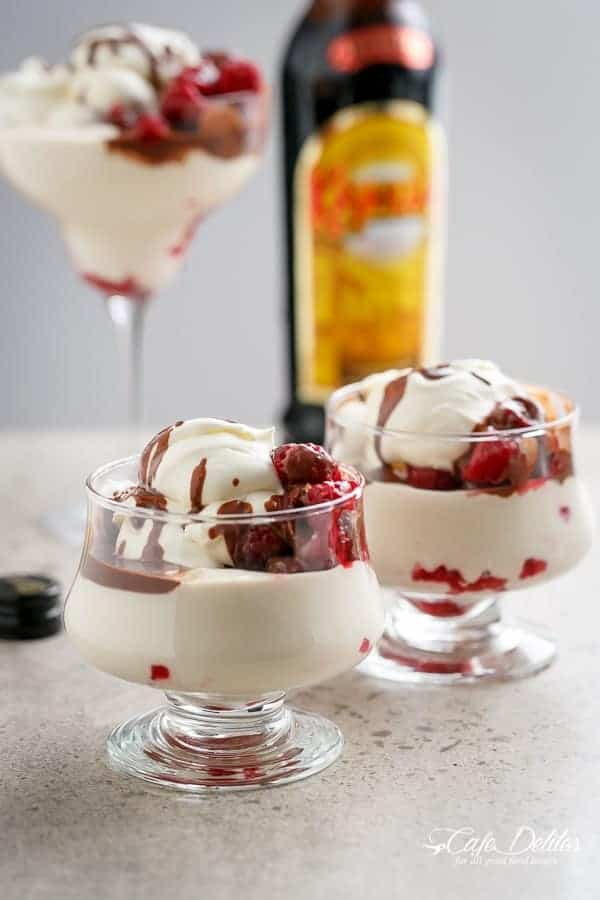 A few weeks ago it was my Dad’d birthday. Happy Birthday to Dad. And, as men go, he loves liqueur. SO of course I had make him something that combines all of his favourites together in one dessert. That’s where these came to be born. 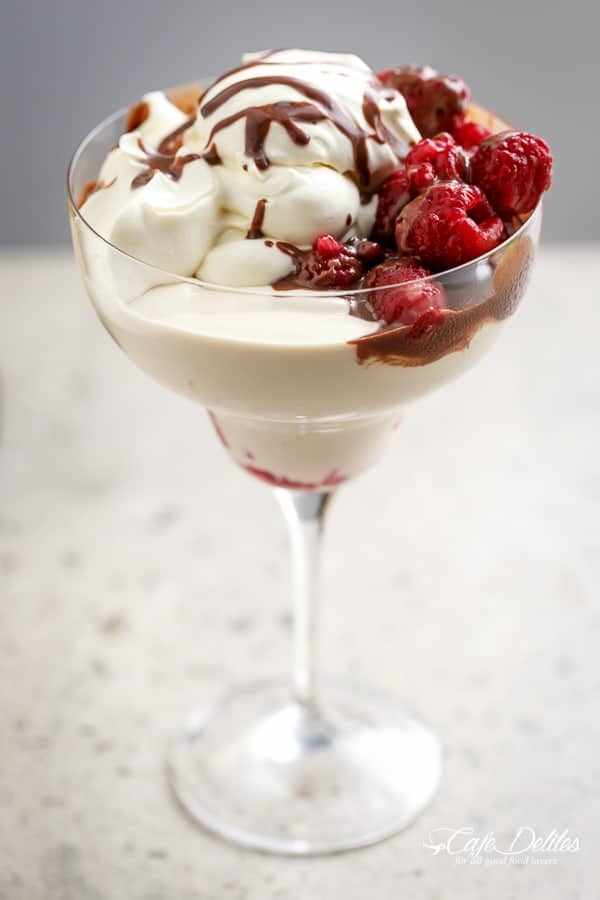 I would say the only bad thing about these is the fact that my kids, (yes, all three of them), have been begging me to make them again ever since. And while they didn’t have Kahlua in their versions, they had all of the flavours we had. 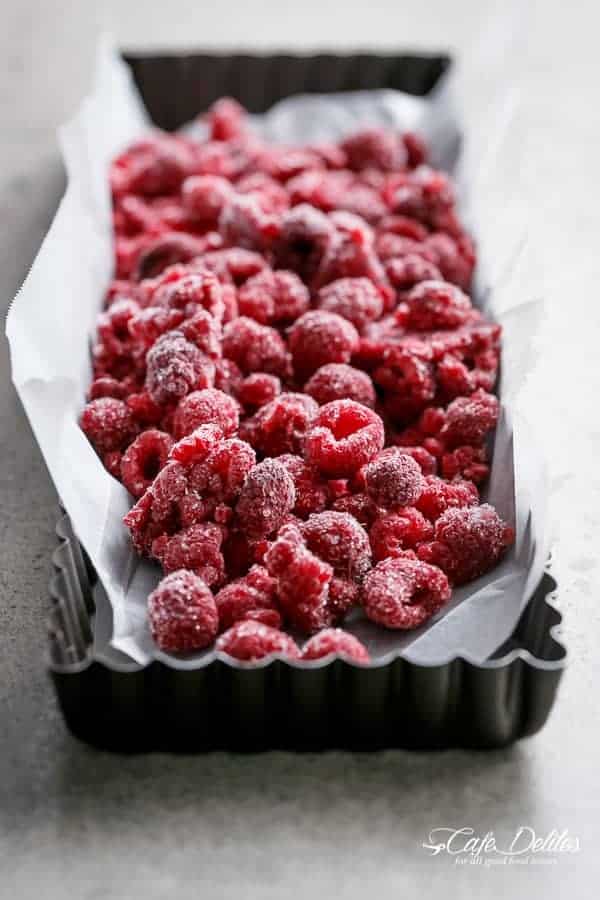 Raspberries melting into surrounding ‘cheesecake’ flavoured with a hint of coffee, sweet Kahlua whipped dream, (I mean…cream), and a small river of chocolate sauce. 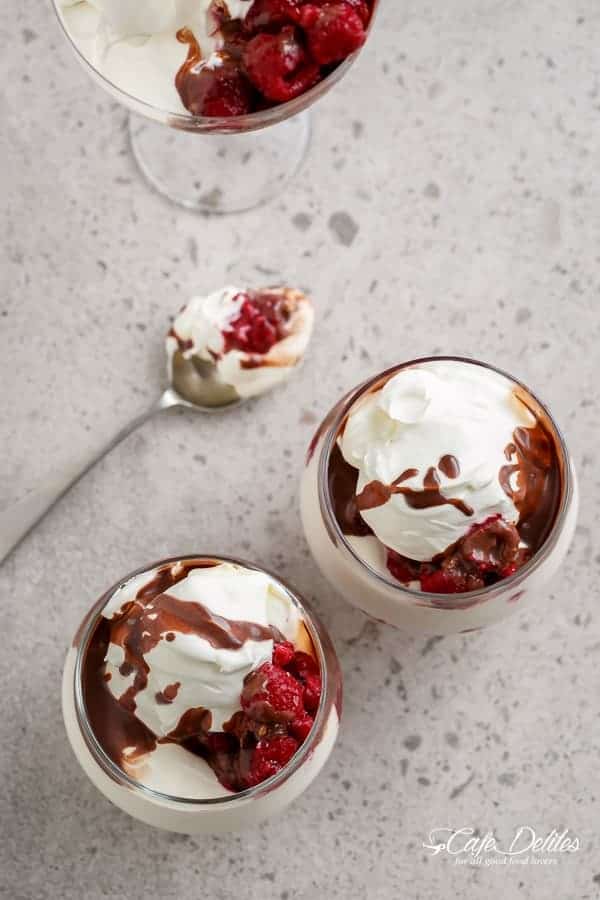 Safe to say I think he loved this more than the gifts we gave him. With each and every spoonful…not only  are you promised a hit of Kahlua…but those raspberries melt down through the cream all on their own and form the most perfect sweet and tangy syrup.

So…on this day…we eat parfaits. And of course, I had to share them with you guys. Both the sugar free, low carb, high fat versions *for any LCHF readers now following my crazy life), and also for my Weight Watchers and low in fat readers. 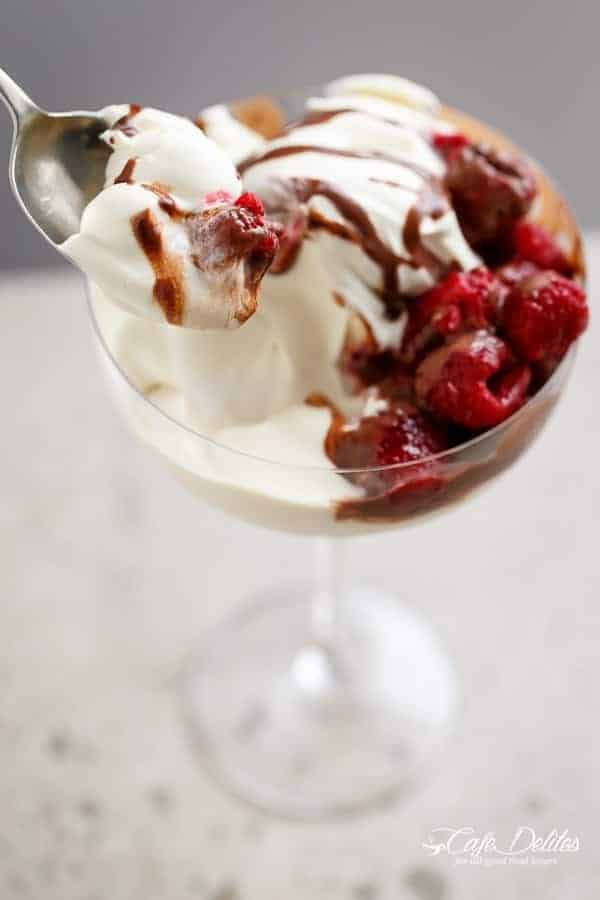 Or maybe you’d like the super decadent Nutella Choc Chip Cookie Parfaits… Or these Raspberry Oreo Parfaits. Either way, they’re all incredibly delicious. 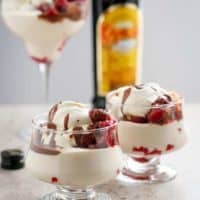