Thai Style Prawn (Shrimp) and Avocado Noodle Bowls! Prawns (or Shrimp) pan-fried to crispy perfection in a Thai flavoured Coconut broth with a hint of Lemongrass, Coriander and Kaffir leaves, all sitting on a bed of noodles had me at Thai. But then, adding chopped Avocado on top? Far.out!

Is it just me, or is this thing with prawns absolutely amazing? No, it’s not just me. This bowl came with so much flavour, kinda like a Thai restaurant right at home without having to go anywhere type of thing. 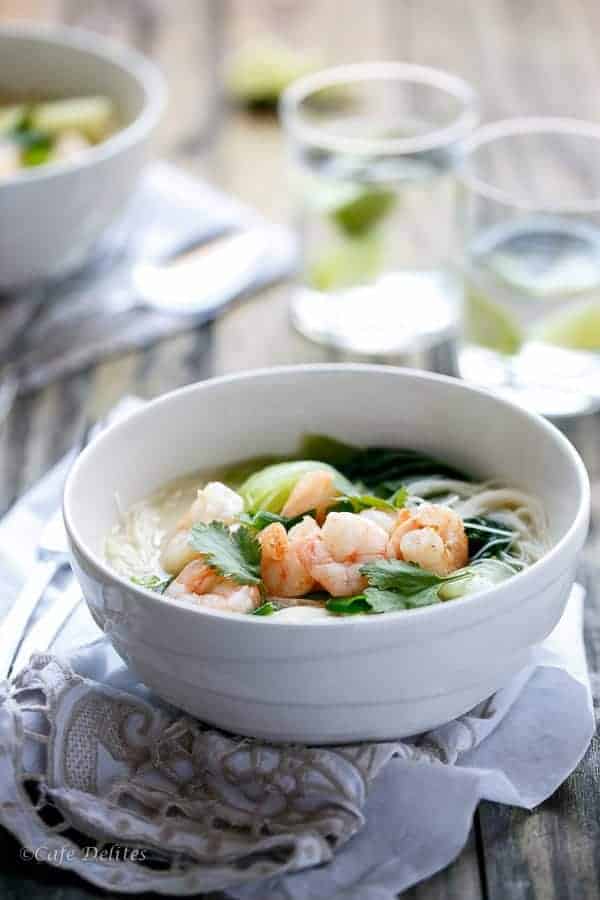 I never thought a soup could come jam-packed with so much good stuff until I began throwing things into the pan like Jackie Chan on ‘roids. 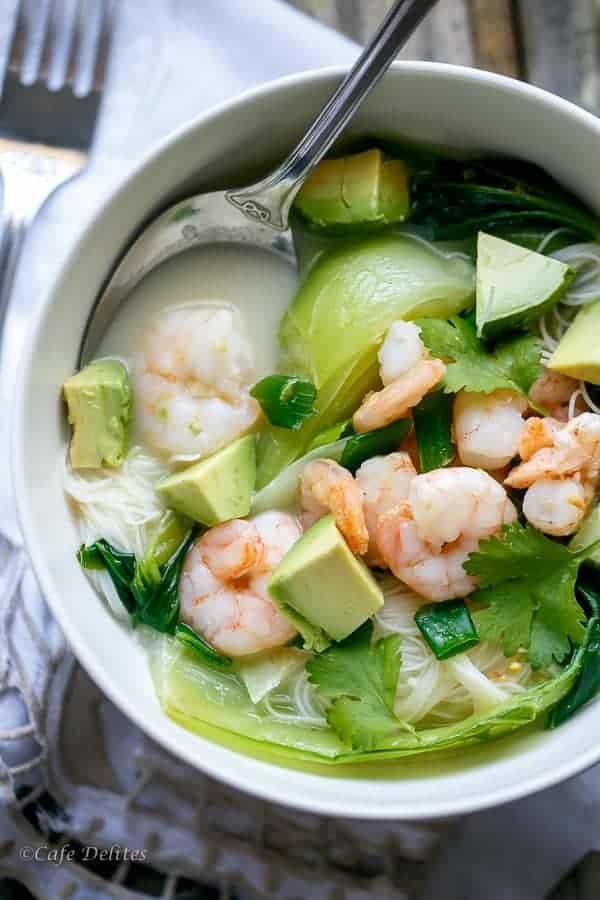 I don’t know if you guys every experience watching cooking show after cooking show, watching Chefs from all over the world chop things up with their eyes closed and set their pans on fire. Basically, I wanted to set my pan on fire, but when it came down to it, I scared myself so hard I wanted to run to an extinguisher. 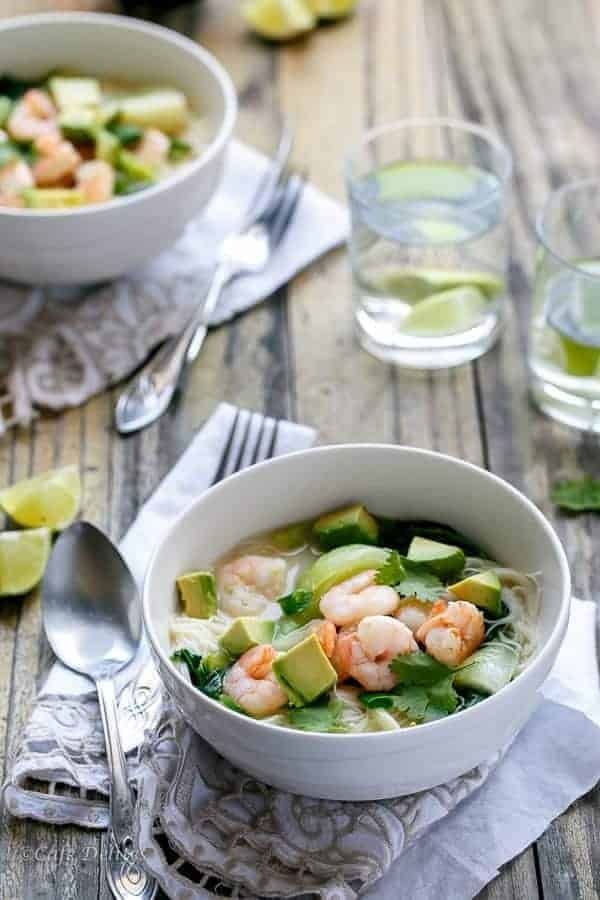 Anyway, after watching all of those shows my stomach suddenly started erupting with a bunch of strange noises, angry that I hadn’t supplied it with my usual egg bruschetta’s. 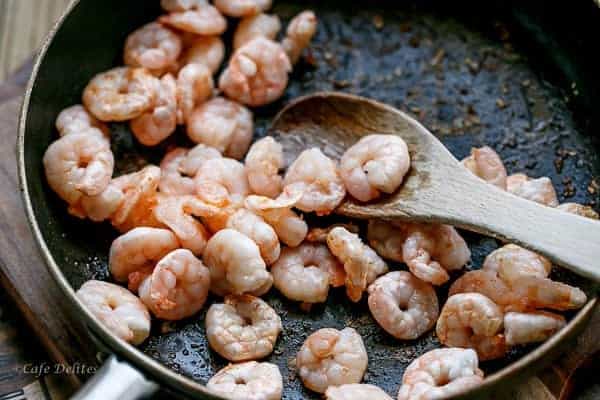 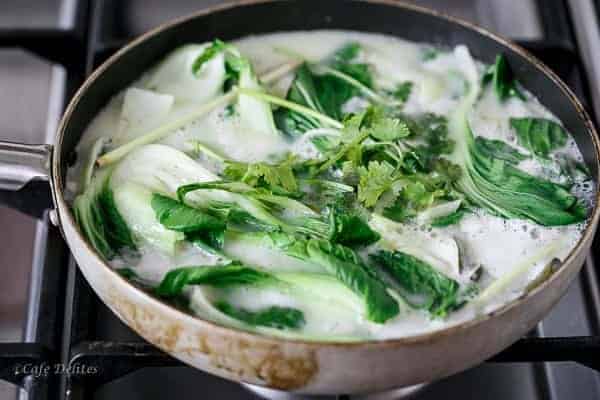 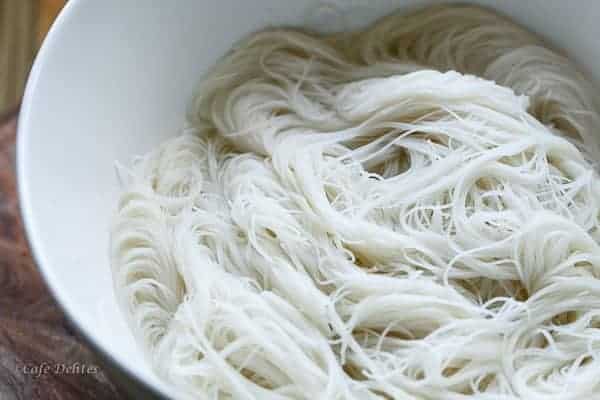 So, off I went with so much inspiration of chopping and fire and british accents. 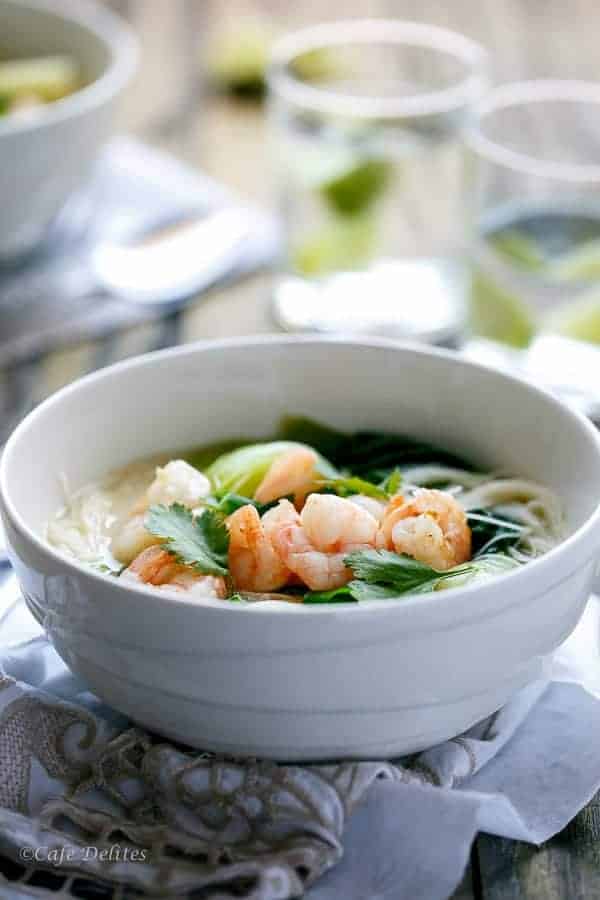 And when I finished…I was pretty prouda myself. Because this was damn good. 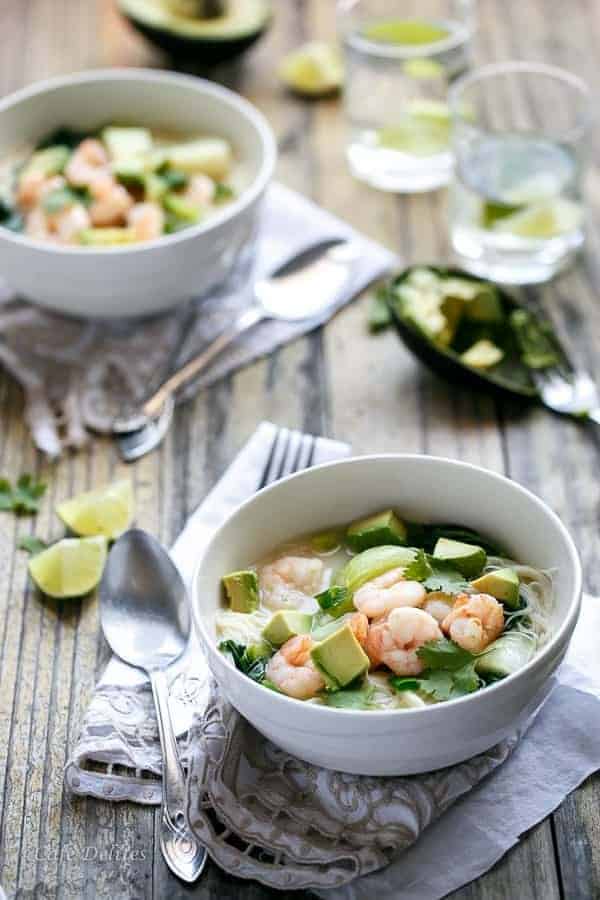 It’s fair to say I cleared the fridge for this. Probably scared the neighbours with the smoke alarm…but eventually I managed to not set the house on fire, and come up with a Thai style bowl of craziness adding my 2 cents in, because as foodies go, it’s like a ‘thing’ we have to do. 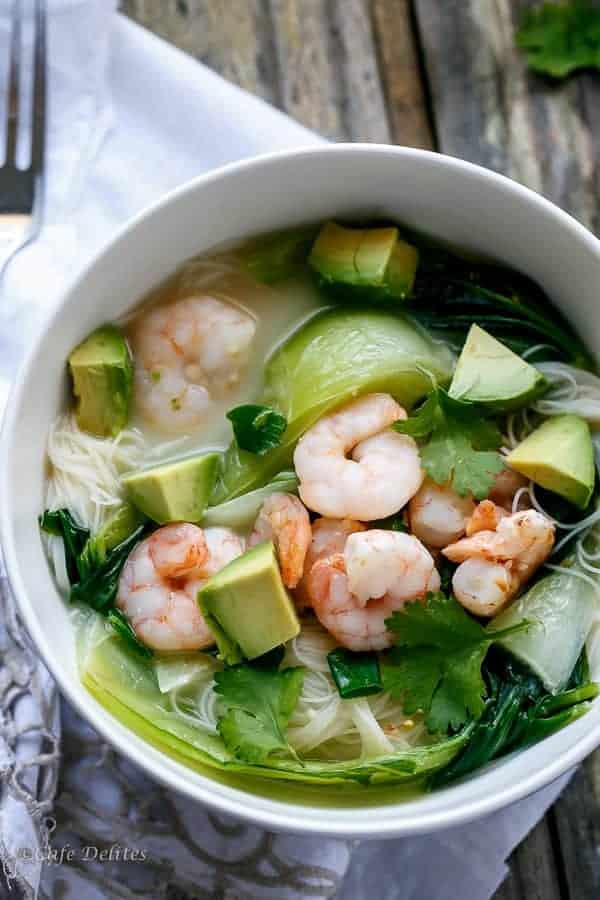 Change. Create. Taste. Burn your tongue. Smack yourself in the head because-it’s-so-good. 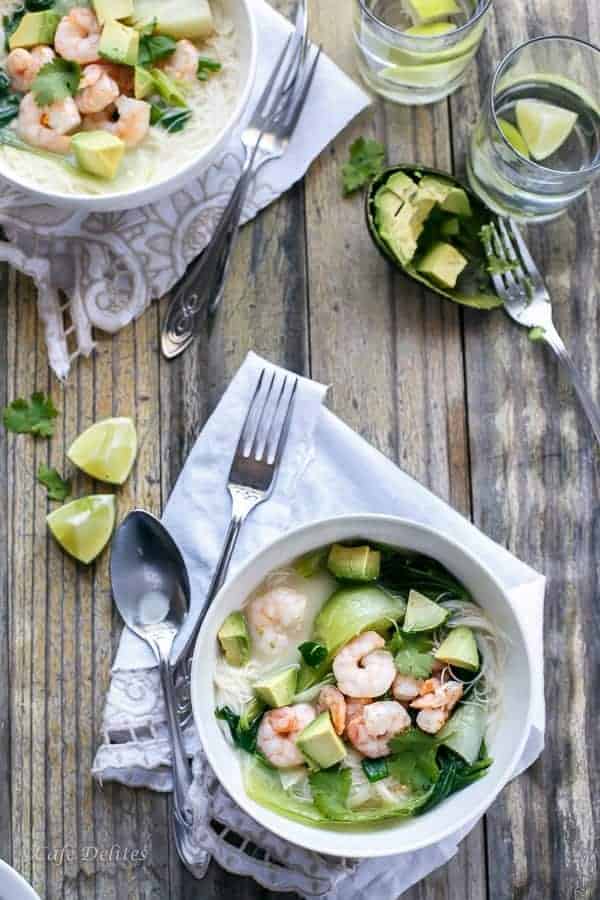 And finally, eat the whole damn pot-full. Because bowls are for babies. 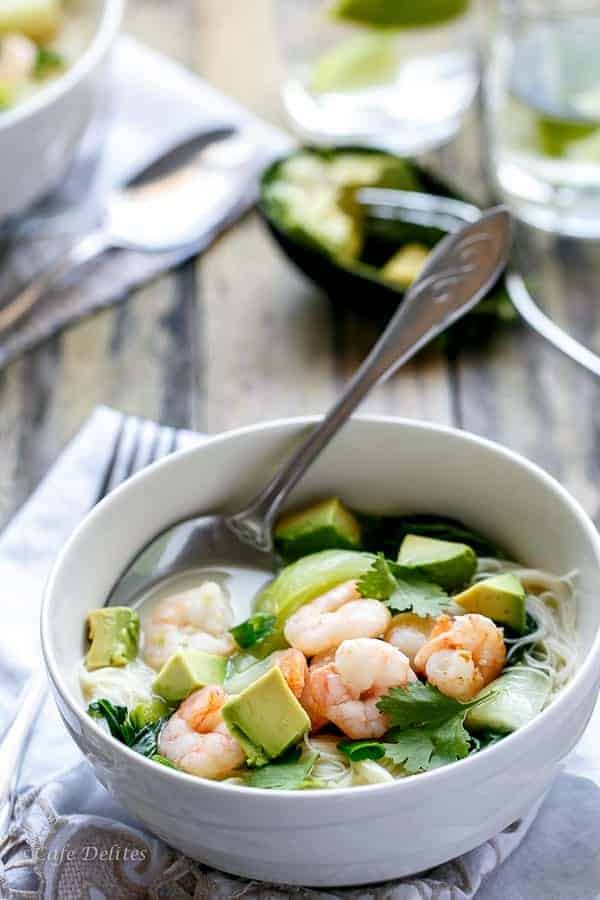 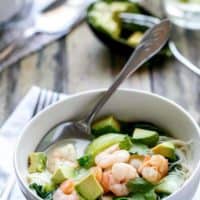 Weight Watchers:
PRINT SAVE go to your favorites
Serves: 4